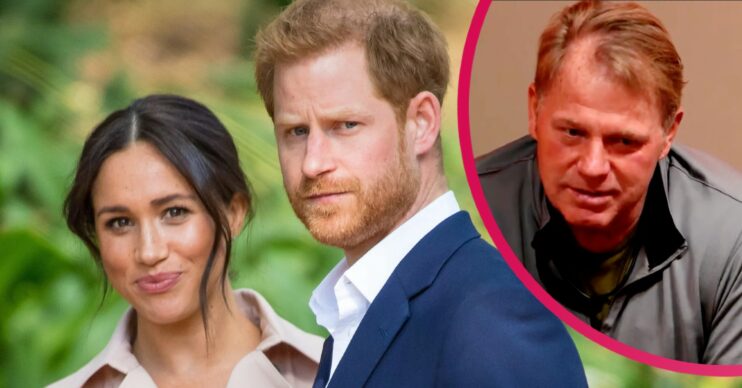 In latest Meghan Markle news, the Duchess has been slammed by her estranged brother Thomas Jr on Big Brother VIP.

The 55-year-old made his debut on the Australian version of the hit reality series on Monday (November 1).

Speaking to his fellow housemates, Thomas Jr made some explosive claims about his half sister.

On the show, Thomas Jr claimed he was once close to Meghan, who he last saw in 2011.

However, it all changed once the former Suits actress tied the knot with husband Harry.

Thomas Jr shared: “Last time [I saw her] was at my grandmother’s funeral in 2011, and she took off after that and went to Canada. We were close before.

Money changed her, money and fame went to her head really bad

“Money changed her, money and fame went to her head really bad. I guess when you are introduced to the one percent of society – that is most likely the reason that happened to her, when she didn’t have anything before.”

Thomas continued: “The guy she was was married to the first time, Trevor, have you seen those Saw movies? This guy works for that production company. That guy just took care of her. She was adored by him.

“And she just walked all over him and dumped him, that fast. After being married, she sent him the ring in the post. Is that cold or what?”

He then claimed: “Harry’s next. Harry is on the chopping block next.

“The only difference between now and then, all the photos prior to that he had a smile on his face, all the ones after he doesn’t.”

How did viewers respond to Thomas’ claims?

Aussie viewers flocked to social media to comment on his remarks.

A second posted: “It was gooooooooooodd!!”

Barely any tea was spilt. It’s sad that he’s “famous” for trashing his half sister to the world

A third added: “Say what you will but Meghan doesn’t seem like a stand up gal. They got him on for controversy and that’s what he’s providing… remember he knew her for years #bigbrothervip #bbvip #bb2021.”

However, one disagreed: “Barely any tea was spilt. It’s sad that he’s ‘famous’ for trashing his half sister to the world.”

Thomas Jr appears alongside a series of famous faces on Big Brother VIP.