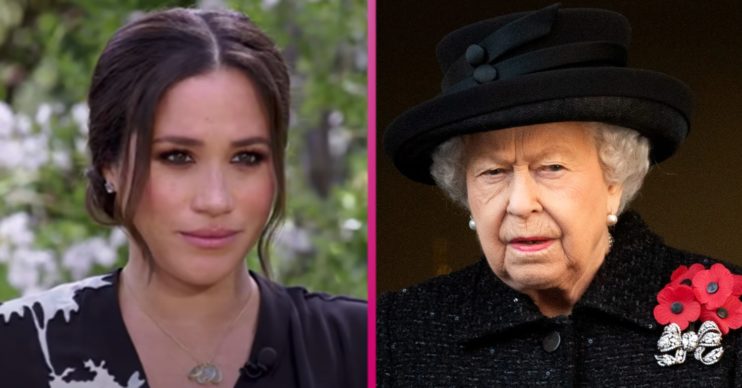 Meghan Markle interview: Has the Queen already spoken to royal who commented on Archie’s skin colour’?

The Royal family are set to deal with it 'privately'

In it, the 94-year-old monarch responded to allegations of racism, insisting the Royal family plan to deal with it “privately”.

But has she already spoken to the royal in question?

Meghan Markle interview: What did the Queen say?

In a statement released by Buckingham Palace, it said: “The whole family is saddened to learn the full extent of how challenging the last few years have been for Harry and Meghan.

“The issues raised, particularly that of race, are concerning.  While some recollections may vary, they are taken very seriously and will be addressed by the family privately.

While some recollections may vary, they are taken very seriously and will be addressed by the family privately

Since then, the public have speculated over whether the monarch has addressed the royal, who had “concerns” over Archie’s skin colour.

Has the Queen already spoken to the ‘Archie’s skin colour’ royal?

According to The Sun, the monarch will quiz senior royals over the damaging racism claims.

The publication reports that the Queen will hold private conversations with Charles, Camilla, William, Kate and others.

An insider claims: “William and his father have long spoken about racism and mental health. For them to be accused of being racist is deeply upsetting and wrong.

“William is also concerned at the idea of Kate being dragged into this wholly unnecessarily.”

The pair were also joined by former butler to Princess Diana, Paul Burrell, who attempted to defend the monarchy.

“And that’s the way the Palace deals with these things. She will investigate it – it’s a serious complaint to make against the Royal Family of racism.”

Furthermore, Paul shared: “I personally, during my 21 years within the Royal Family have never seen any evidence of racism.”

Following Paul’s comments, Ranvir went on to suggest a talk with the speculated royal had already taken place.

Read more: Meghan and Harry interview: What was happening around the time the Duchess was suicidal?

She added: “It’s interesting when the statement says, ‘Recollections may vary’.

“It suggests that an effort has already been made to speak to someone about this, who has given a different version of that scenario.”