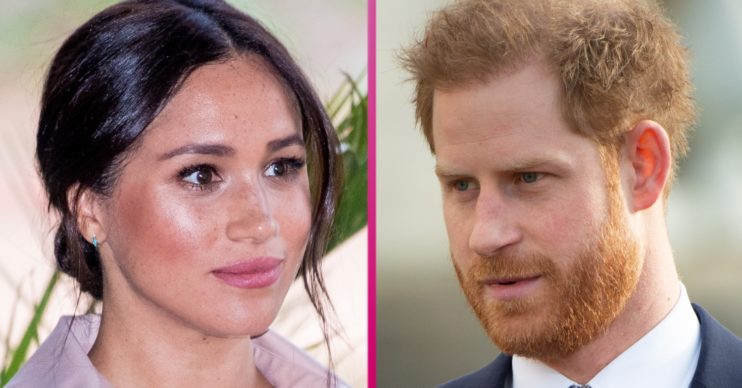 More than 90 minutes of footage were apparently cut

Meghan Markle and Prince Harry could start a “war” with the royals if uncut footage from their Oprah Winfrey interview airs, it has been warned.

The couple’s sensational interview with the US chat show host sent shockwaves around the world when it aired in March.

The one hour 25 minute broadcast saw the Duchess of Sussex make claims about her mental health and racism within the Royal Family, as well as opening up about her pregnancy and life with Harry.

It was later reported that around 90 minutes of footage didn’t make the cut, leading to speculation that extra snippets might air.

More of the Meghan and Harry interview with Oprah to air?

Australian reporter Peter Ford has now suggested there are rumblings about a possible “director’s cut” being in the pipeline.

Speaking on the Sunrise show, he said: “The appetite for Harry, Meghan and Oprah seems to be so insatiable that the word is now they are looking to put together like a director’s cut, using a lot of the stuff that never made it first time around.

“There comes a point when Harry and Meghan have got to decide – are they looking for their freedom? Do they want to create a new life? Or do they want to have a war with the Royal Family?

“Because that is more and more what it’s looking like.”

Word is now they are looking to put together like a director’s cut.

Ford also questioned what would happen if Oprah decided to air the extra footage.

He said: “What would be a really interesting scenario is if Harry and or Meghan think, no, we actually don’t want any more of this to go to air.

“But Oprah says, ‘Well, it’s mine, I own it now. I think there is 40 million bucks more to be made out of this’. So watch this space!”

ITV said to be keen on extra interview footage

It was previously reported that ITV was trying to strike a deal to broadcast the rest of Oprah’s conversation with Meghan and the Duke of Sussex.

A source told the Sunday People: “The original programme was the biggest show of the year so far in the UK and was bought by firms around the world.

Read more: Meghan details not wanting to be alive anymore