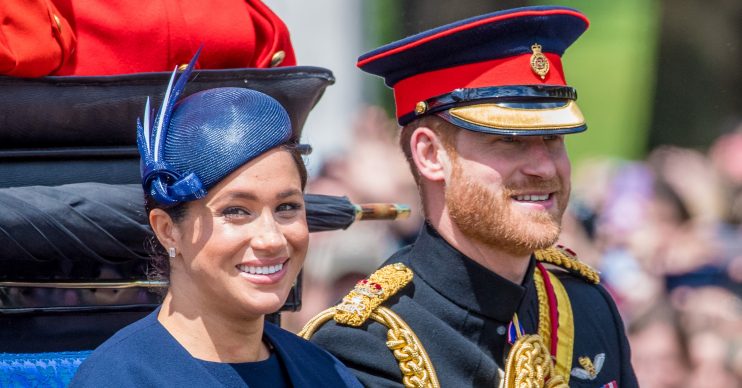 They will continue Princess Diana's fight against landmines

The Duke and Duchess of Sussex are planning a big tour to Africa later this year.

Harry and Meghan will travel to Angola as part of their Autumn tour to carry on Diana’s charitable legacy with the HALO Trust, an organisation which removes debris left behind by war, in particular land mines.

Diana cared about the issue passionately and visited in January 1997, months before her death.

During her trip, Diana bravely walked through a live minefield wearing a protective visor and vest.

She also detonated a land mine in front of the media to show their power.

The couple will visit Malawi as part of the Prince’s hopes of expanding the work of his Sentebale charity.

On Tuesday, Buckingham Palace announced that Harry will attend a conference on land mines in London ahead of the tour.

The conference will focus on clearance in Angola, with the palace adding: “The presence of land mines and remnants of the civil war render large areas of the country unsafe.”

Back in 2017, Harry spoke about his mother’s work on banning land mines.

Read more: Meghan ‘to mirror Kate and return to full-time royal duties in the autumn’

He said: “Some believed she had stepped over the line into the arena of political campaigning – but for her this wasn’t about politics; it was about people.

“She knew she had a big spotlight to shine, and she used it to bring attention on the people that others had forgotten, ignored or were too afraid to support.”

Meghan is currently on maternity leave following the birth of Archie last month.

She made a brief return to royal duties on June 8 to attend the Trooping The Colour ceremony, which celebrates the Queen’s official birthday.

Are you looking forward to seeing Harry and Meghan on their tour around Africa? Leave us a comment on our Facebook page @EntertainmentDailyFix and let us know!