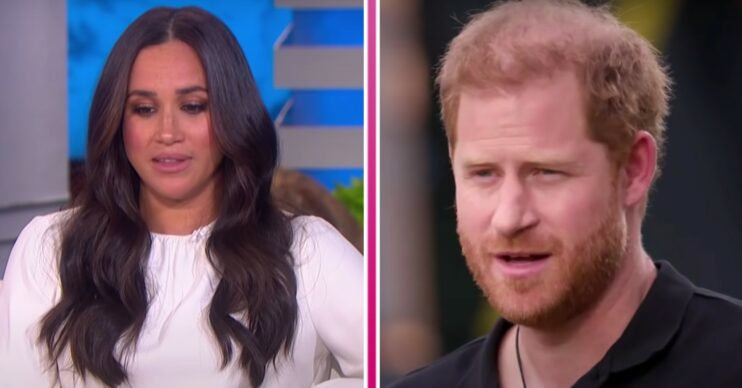 Could change be coming?

They reportedly endured two separate incidents where alarms were triggered at their California home in May.

And, according to a royal observer, that could move the Sussexes to reassess their circumstances.

Newspaper reports claim six alarms have gone off at the $14 million Montecito mansion in the last 14 months.

This reportedly includes two occasions in May when Harry and Meghan and their children Archie and Lilibet were at home.

Police in Santa Barbara were reportedly dispatched to the property on May 19 at 5.44 pm, with the intrusions recorded as trespassing, property crimes and “suspicious circumstances”.

Read more: Meghan and Harry scrutinised after ‘dismissive’ gesture from Duke of Sussex

Furthermore, less than a fortnight later, police responded to another alert as the Sussexes flew back from the UK after the Platinum Jubilee.

ED! has approached a representative for the Sussexes for comment.

Mentioning the claims on Lorraine today (Monday July 25), one correspondent speculated changes could be coming for the Sussexes.

However, there were no further hints about what that could include.

Tabloid pundit Russell Myers told host Ranvir Singh: “I think that they’re going to have to have a big sort of rethink about their living arrangements.”

Meanwhile, Prince Harry has won a bid to bring a High Court claim against the UK government over his security arrangements while over here.

He is taking legal action over a decision not to allow him to pay for police protection for himself and his family when visiting the UK.

Lorraine viewers had a mixed reaction to the segment, going by social media.

One Twitter user wrote: “Interesting that just a short time after, yet again, moaning about having to pay for his own security an intruder breaches Harry’s home security!”

Meanwhile, someone else wisecracked: “Intruder at Harry and Meghan‘s, maybe it’s Granddad popped round to see the kids #Lorraine.”

Someone else also chipped in: “#Lorraine Find it really weird that grown people get excited in trashing Harry and Meghan like they’re at school.”