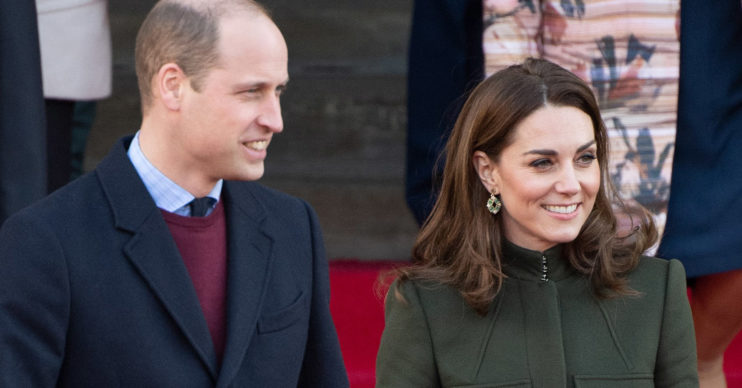 The Duke and Duchess of Cambridge made a poignant change

Kate and Prince William have made a poignant change to their social media accounts.

They have uploaded new profile pictures on the Kensington Palace accounts in support of frontline workers during the coronavirus pandemic.

The couple uploaded a snap of them clapping for key workers alongside their children.

The profile picture used on Kensington Royal accounts used to be a pic of the royal couple in the gardens of their Anmer Hall Norfolk home.

In the picture, used as the family’s 2018 Christmas card, the Cambridges were surround by their children, with Kate holding Prince Louis on her lap.

Clap for our carers

Now the new profile picture on Kensington Royal is a snap taken two weeks ago.

It shows the Cambridges on their doorsteps joining the nationwide Clap For Our Carers initiative.

Kate and William last posted on social media over the bank holiday weekend in recognition of VE day.

How did the Cambridges mark VE Day?

They posted a throwback black and white picture of the Queen, who worked as a mechanic and truck driver during World War Two.

It also included images of people celebrating the end of the war in Europe.

Kate and William also shared a video of them speaking to care home residents, who were marking the special day.

The Duke and Duchess of Cambridge joined veterans for a very special #VEDay75 party at @RoyalBritishLegion’s Mais House Care Home. On the 75th anniversary of VE (Victory in Europe) Day, we pay tribute to the service of the entire #WW2 generation — from British, Commonwealth and Allied Forces to evacuees and those who served on the home front. Visit The Royal Family YouTube channel to see more from the party…

The couple spoke to veterans Charles and Jean.

They asked how they were celebrating the 75th anniversary of VE Day, with Kate adding: “Do you both remember VE Day?”

Jean replied: “I can remember the street party, the whole of the street joined into one big table.”

Charles said: “We were in Greece at the time and I had to go round early in the morning with rum for all the men.”

The Duke of Cambridge joked: “I bet you were the hero of the time, delivering rum out to everybody.”

He the added: “It’s been a real pleasure to speak to you both.

“Enjoy today and just because we can’t be together everyone is still thinking of you today and are very proud of everything you’ve achieved.”

Kate and William are spending lockdown at their Norfolk home with their children.

During lockdown they have celebrated both Princess Charlotte’s fifth and Prince Louis’s second birthdays.