The Duke and Duchess of Sussex embarked on the first day of their royal tour in South Africa on Monday.

The royal couple arrived in the country yesterday with their baby son Archie, before visiting the Nyanga Township to meet locals.

But their four-month-old son didn't join them for their first royal engagements and the locals were left wondering where Archie was. 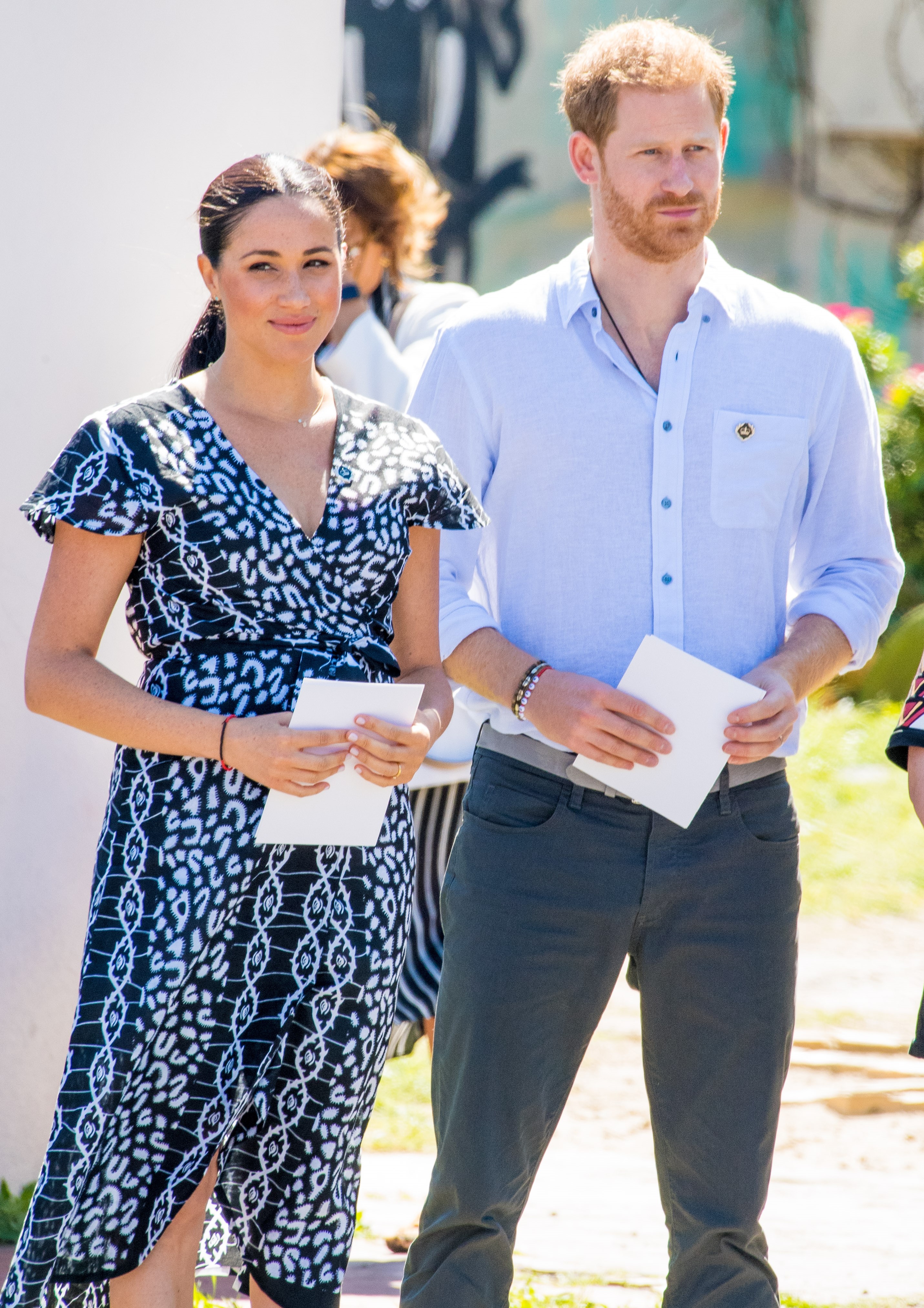 The family arrived in South Africa on Monday (Credit: Splashnews.com)

During a walkabout before their visit to District Six, royal fan Somaya Ebrahim, 81, asked where Archie was.

The couple told her he was sleeping before Harry told another person in the crowd that the flight had left Archie "exhausted".

Harry also revealed his son was fixated on the new surroundings as they landed in Cape Town.

He told the locals: "He was staring out the window as we flew in.. looking at Table Mountain." Harry told a fan in the crowd that the flight had left Archie "exhausted" (Credit: Splashnews.com)

The family were pictured landing in Cape Town on Monday.

Doting mum Meghan was seen cradling Archie, who looked adorable in a white bobble hat, as they were greeted by airport staff and security.

He was staring out the window as we flew in.. looking at Table Mountain.

The royal tot's sweet outfit appeared to be a tribute to his dad Prince Harry, who wore an almost identical outfit in January 1985 when he was nearly four months old as he was carried off a plane at Aberdeen airport by his mum, Princess Diana.

Meghan and Harry have already got their royal engagements underway today. 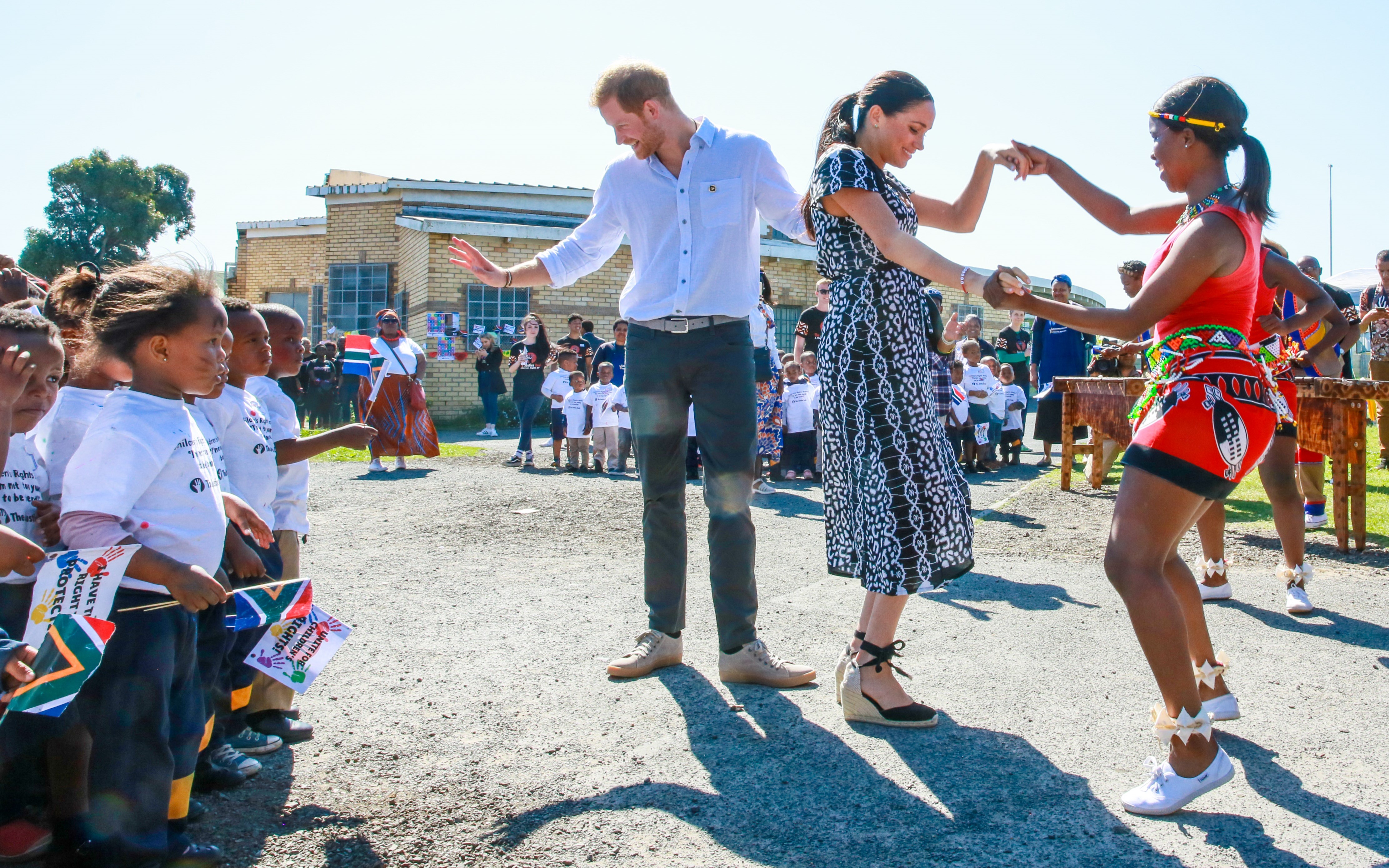 The couple spent the day meeting and dancing with the locals (Credit: Splashnews.com)

On Tuesday morning, the pair headed to Monwabisi Beach to learn about the work of Waves for Change, an organisation which trains and supports local surf mentors to provide mental health services to young people.

Later today, the couple will visit The Lunchbox Fund, which provides nearly 30,000 meals every day to Waves for Change programmes and schools in South Africa.

The couple will then split, with Harry travelling by boat to Seal Island, Kalk Bay, with the City of Cape Town Marine Unit. 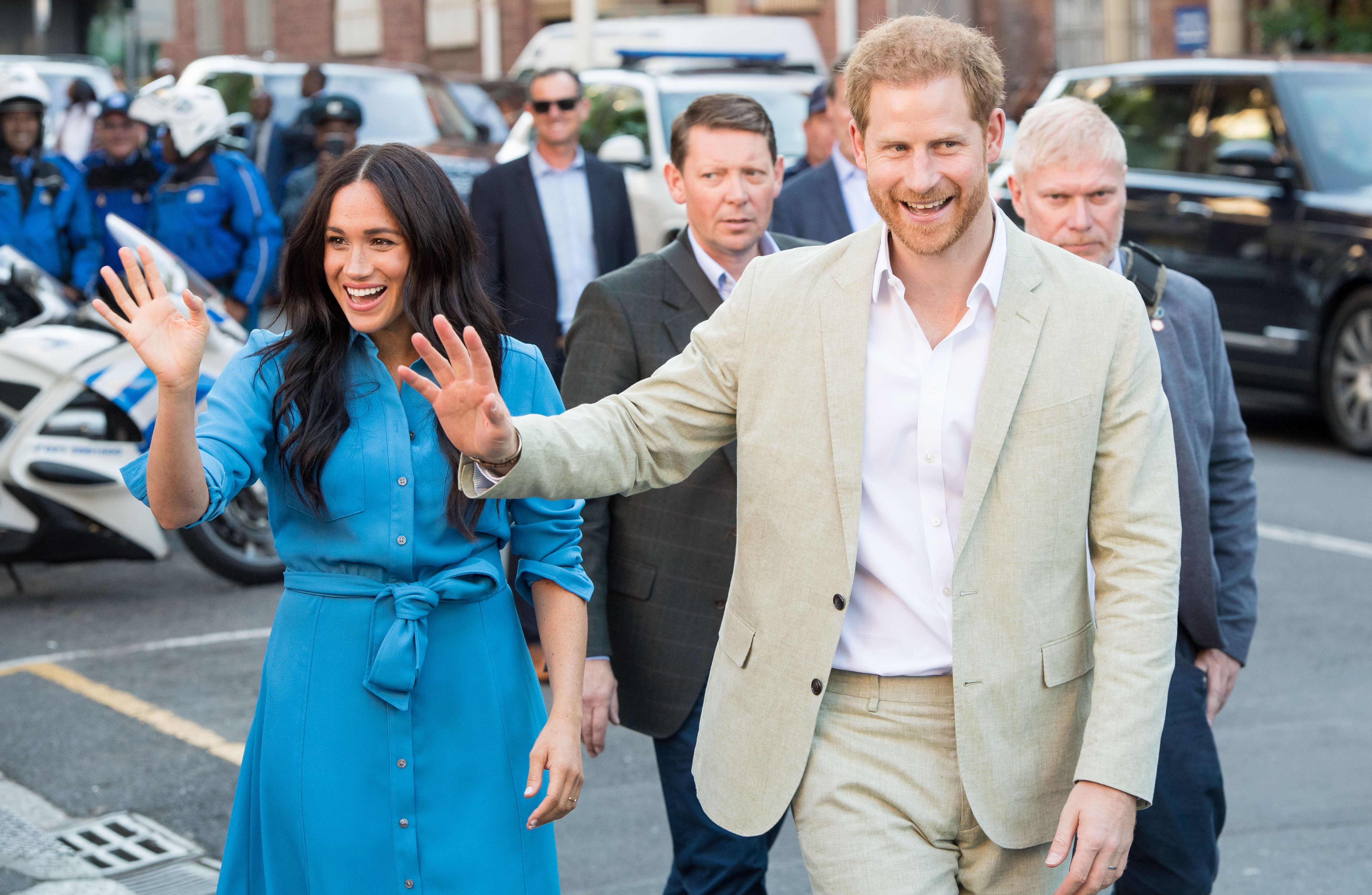 Harry also revealed his son was fixated on the new surroundings as they landed in Cape Town (Credit: Wenn)

He will then rejoin wife Meghan and the pair will visit the Bo Kaap area, where they will visit the Auwal mosque and a local resident's home for a cuppa.