The Duke and Duchess of Sussex touched down in South Africa today with their son Archie for their first family tour.

However, according to a royal expert, the couple broke protocol on several occasions by asking members of the public to call them by their first names and not bowing.

Royal correspondent Katie Nicholl has claimed Meghan and Harry want to engage with the locals in a relaxed manner. 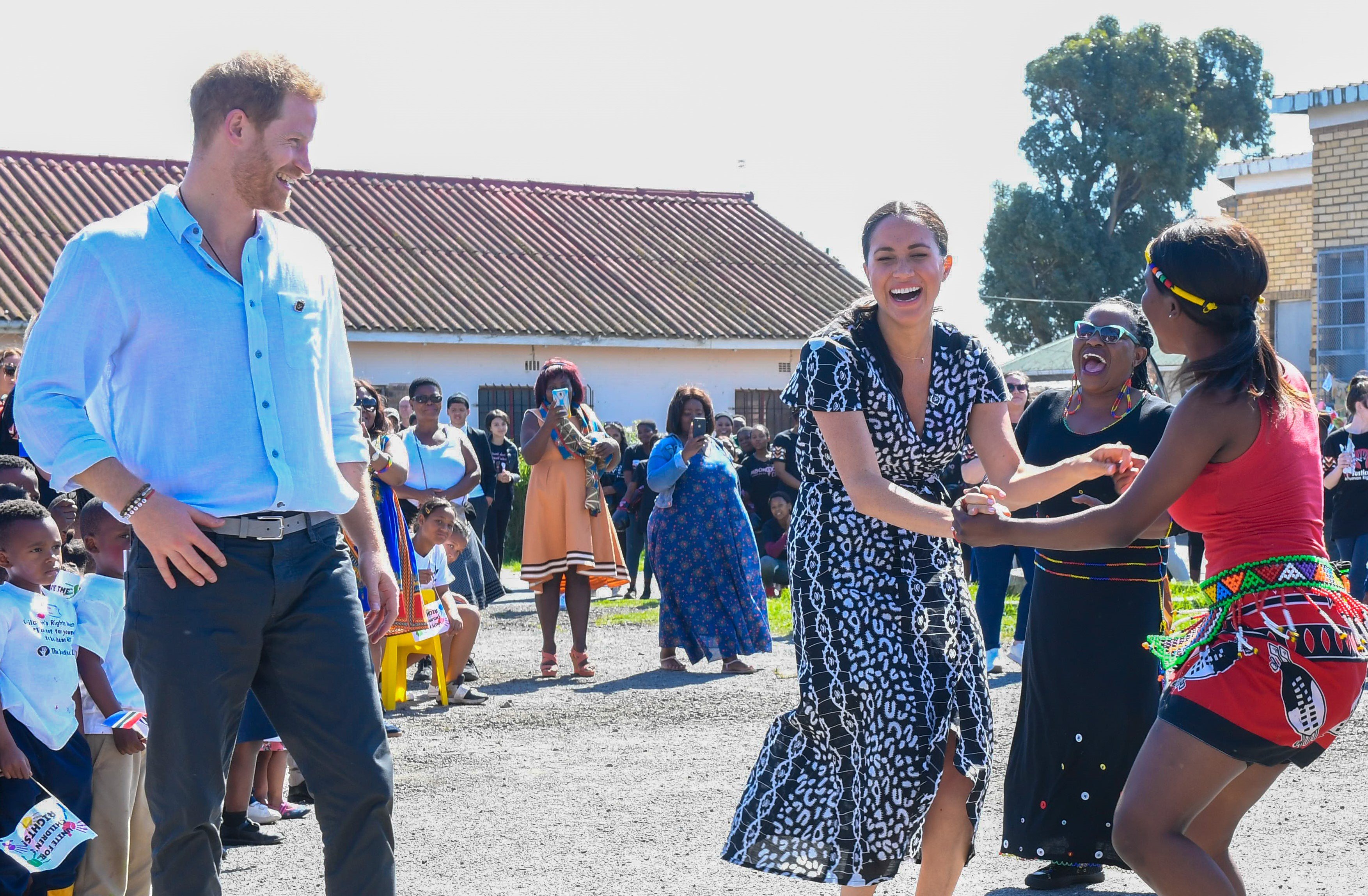 Expert Katie Nicholl has claimed Harry and Meghan want to engage with the locals in a relaxed manner (Credit: Splashnews.com)

According to an article in Vanity, Nicholl has said the couple want "little formality as possible".

A source told the publication: "It’s very much how they want things done.

"There is no protocol that says you have to bow or curtsy when you meet them, it’s really up to the individual."

However, secretary of the Bo-Kaap Civic and Ratepayers Association Jacky Poking told the Sunday Times: "I have no idea how to speak to them. We haven’t received any official brief on etiquette.

"I think that’s because the Sussexes want to keep it informal. I don’t even know how to greet them." 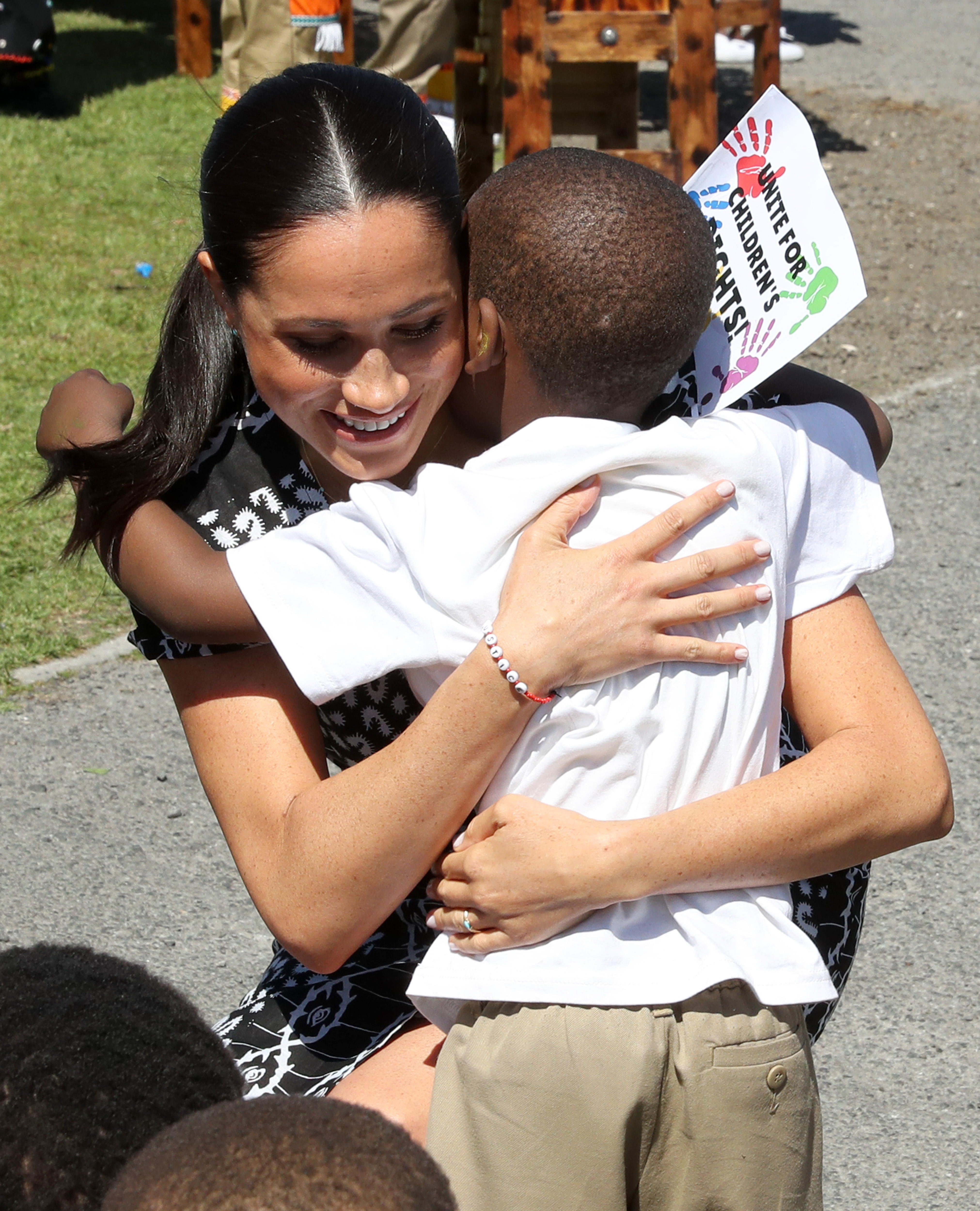 The family touched down in Cape Town on Monday to begin their royal tour after their commercial British Airways flight was delayed by 40 minutes.

I think that’s because the Sussexes want to keep it informal.

Following their arrival, Meghan changed her outfit to visit the Nyanga Township in South Africa.

She opted for a stunning midi animal print dress with a pair of black wedges.

The couple met children and locals at the Justice Desk initiative, which teaches children about their rights and provides self-defence classes and female empowerment training to young girls in the community. 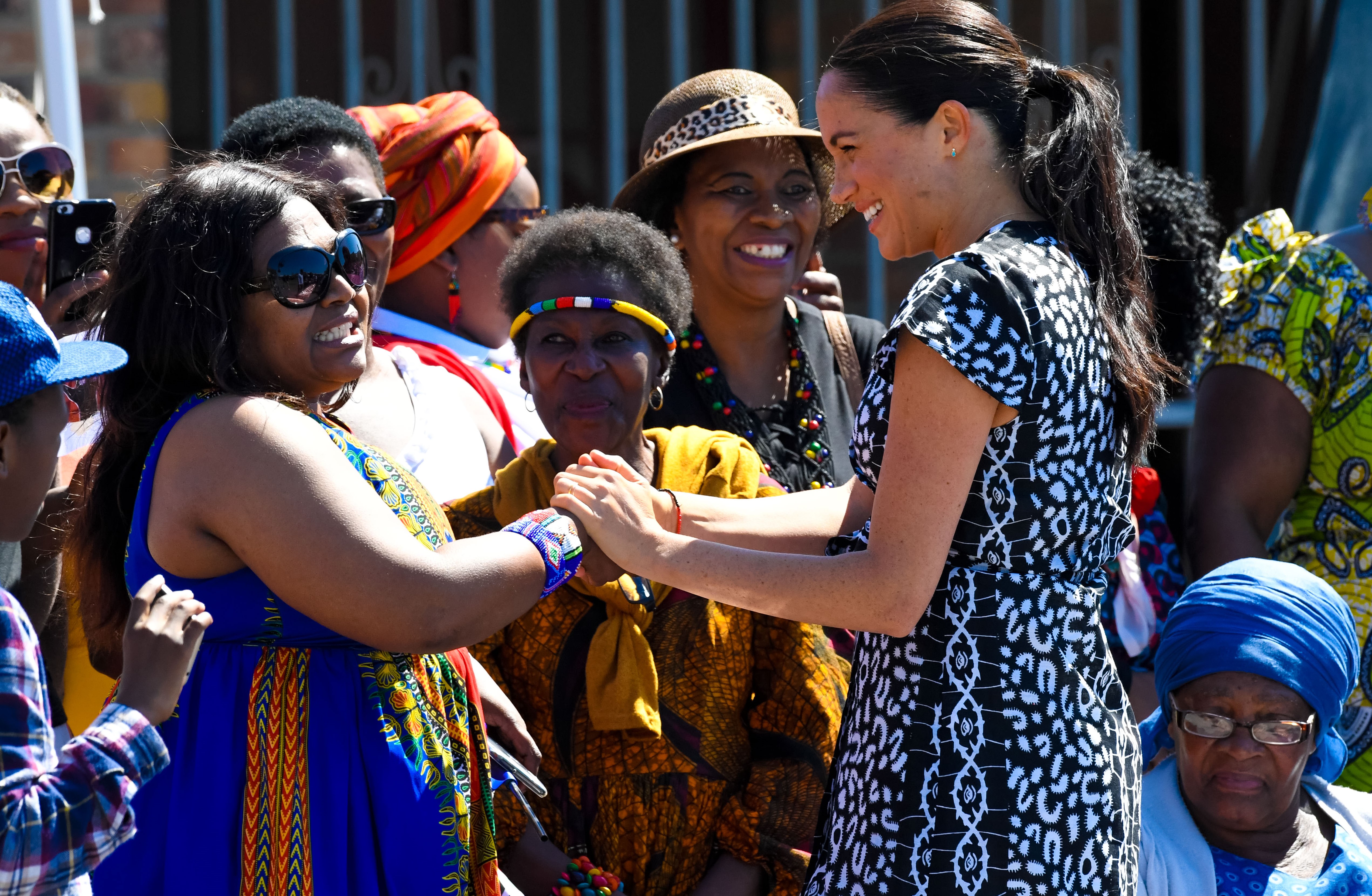 After touring South Africa, Harry will set off on his own to visit Botswana, Angola and Malawi, before joining back up with former actress Meghan, 38, and Archie.

A palace source recently told People magazine: "[They] are very much looking forward to their arrival in Africa tomorrow on their first official tour as a family.

"Africa holds a very special place in the Duke’s heart and he’s looking forward to sharing South Africa with the Duchess and their son."