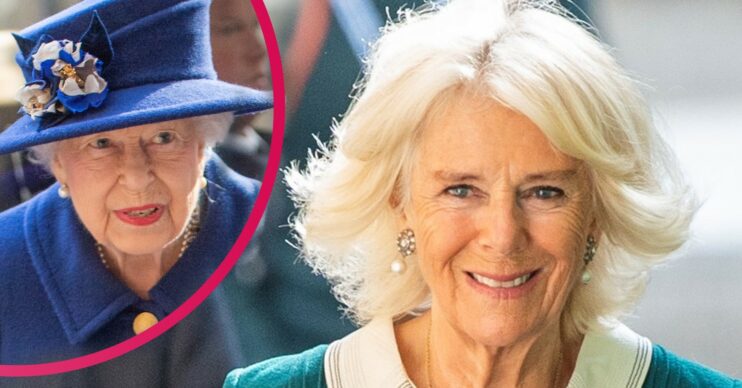 Her Majesty has been medically advised to rest

Camilla will reportedly take on a bigger role following news the Queen has been advised to rest for two weeks.

Doctors told Her Majesty to rest over the next two weeks and only do “light, desk-based duties” following her night in hospital on October 20.

Now, according to reports, palace aides are planning to have the Duchess of Cornwall step in and manage the workload.

The Mail on Sunday reports that under current rules, Prince Charles, Prince Andrew, Prince William and Prince Harry are classed as ‘Counsellors of State’.

Counsellors of State step in if the Queen is unable to perform her duties “due to illness or absence abroad”.

According to the Royal Family’s website, they are appointed from “among the four adults next in succession” provided they are over 21.

However, Andrew retired from royal duties in 2019 following the controversy surrounding his association with late convicted sex offender Jeffrey Epstein.

They are now living in the United States.

Who will step up?

A source told the Mail: “This is a constitutional headache. With an ageing monarch there are talks about what will happen if the Queen is unable to work for some reason.

“You can’t have Andrew and Harry do it and Charles and William are extremely busy.”

Meanwhile, Dr Craig Prescott – a constitutional expert at Bangor University – said: “The Queen may look to add the Duchess of Cornwall…

“..who would become a Counsellor of State when Charles is King anyway.”

On Saturday (October 30), Prime Minister Boris Johnson gave an update on the Queen after speaking with her.

He told Channel 4 News at the G20 summit: “I spoke to Her Majesty and she’s on very good form.

“She’s just got to follow the advice of her doctors and get some rest and I think that’s the important thing.”

What did you think? Let us know over on our Facebook page @EntertainmentDailyFix.