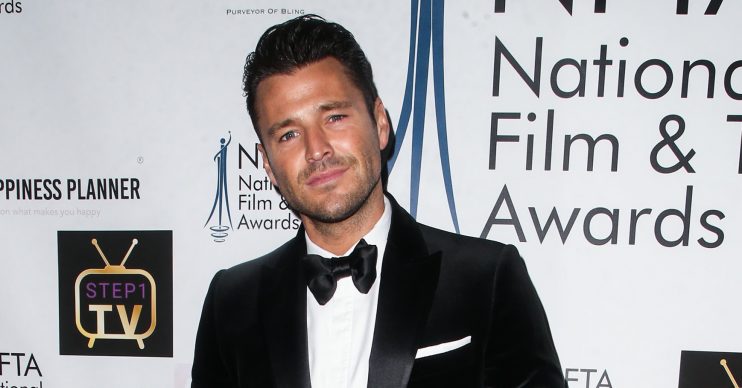 Mark Wright is returning to Heart radio with a new weekend show.

The 32-year-old star recently returned to the UK after spending time in Los Angeles working on US TV show Extra and he will be making his comeback on the airwaves as he launches his new weekly Saturday evening programme “playing the freshest feel good hits” from 4pm to 7pm.

Read More: Mark Wright slams claims he ‘discovered his ancestor was a murderer’

Announcing his new show, he said: “I’m buzzing to be back on air at Heart. I’ll be playing the freshest feel good hits to soundtrack your weekend. It’s going to be massive so make sure you join me as we turn up the feel good every Saturday on Heart!”

The new show begins this Saturday (06.07.19) and is Mark’s return to the station after he previously hosted the Club Classics programme every Friday and Saturday.

Heart’s managing editor James Rea added: “Mark is the perfect host for Saturday evenings on Heart – he loves his music and he’ll bring a huge energy to his brand new show, which will be packed with the biggest feel good tunes.

“He is incredibly popular with our listeners and we’re very happy to have him back behind the mic at Heart!”

The TV personality – who is married to actress Michelle Keegan – stepped down from his presenting role on entertainment news series Extra earlier this year so he could come back to the UK after realising he missed a lot of things about England and was prioritising work over most other things in his life.

He recently said: “Sometimes my drive is too much and I think I would like it to chill out a bit. I get one job and then I think, ‘What’s the next thing?’

“Extra was this dream job and I was so lucky to get it, and I was like, ‘How do I become the main host?’ And my American boss was like, ‘What? Why are you always in a rush? When you have children they are going to get to 18 and you’re going to look back and say, ‘I missed it all.’

“And that always stuck with me.”

Mark Wright Reality TV The Only Way is Essex