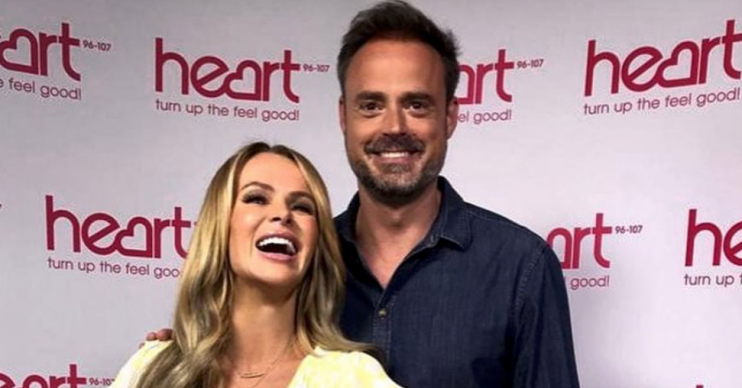 They're not happy about Amanda Holden's breakfast show role!

Britain’s Got Talent judge Amanda Holden caused a stir earlier this week when she joined Jamie Theakston on the Heart Breakfast Show.

As Ent Daily reported, some listeners were up in arms about the appointment because it also signaled station bosses airing the show nationally, axing regional presenters and their local breakfast shows as a result.

Angry listeners predicted the station would “lose thousands of listeners”, with one saying “the people want local presenters that we can relate to! Not a national one in London and especially NOT Amanda Holden!!!”

Now listeners have gone one step further, starting a Change.org petition to bring back the regional presenters and telling Heart they have “made a terrible mistake”.

Read more: Piers Morgan says Susanna Reid has an ‘unrequited love’ for him

The petition reads: “Our local radio stations have been completely ruined by the decision to cut our breakfast presenters! Replaced by two ‘big names’ who certainly don’t need/suit this job at all, we miss our personal, lovely presenters!

“BRING BACK THE REGIONAL PRESENTERS! They made everyone’s mornings brighter and they are now out of jobs! Disgraceful business decision.

“GET OUR PRESENTERS BACK!!”

At the time of writing, the petition had already been backed by almost 6,000 radio listeners up and down the country, with one saying that “Heart has no heart without its local presenters”.

Others echoed the same sentiment.

One said: “I’ve listened to Invicta/Heart radio for years, especially the breakfast show, James and his sidekicks have kept me in stitches on my drive to work. They are local people who we can relate to, not someone in London who doesn’t know Kent. Bring back the breakfast show on Heart and keep Kent happy in the mornings!”

Another said they thought their “local presenters are so much better” than Amanda and Jamie, while most agreed that they “will not listen again”.

Others admitted they had “tried the celebrity presenters” but soon “changed to a local radio station”.

They added: “You’re losing listeners in droves!!!! PLEASE admit it was wrong to lose the local side to Heart!! !!! I’ll not listen again until it’s back to what works best for us people!!”

Some people do like the change though, with one listener tuning in especially from Lanzarote to tell Amanda she was “sounding blooming fab”!

Global, who own the Heart network, revealed that “a number” of its regional breakfast show hosts would move to Drivetime. However, they confirmed that the “number of regional shows will be halved”.

What do you think of the decision to axe the local breakfast shows and replace them with Amanda and Jamie from London? Head to our Facebook page @EntertainmentDailyFix and let us know!