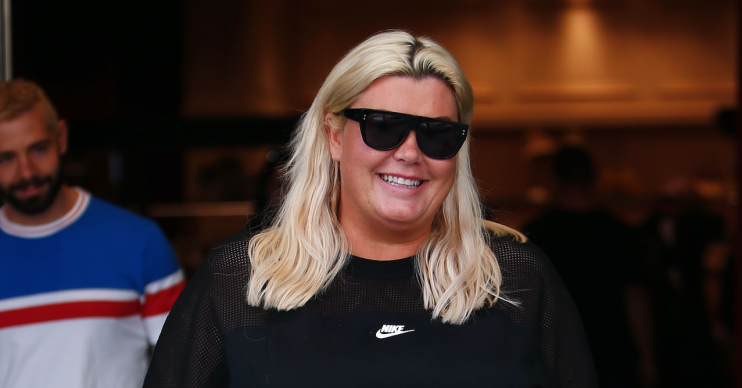 The GC really is keeping up with the Kardashians!

TOWIE star Gemma Collins has made no secret of her desire to become a mother, but her plans recently hit something of a stumbling block following her split from boyfriend James “Arg” Argent.

However, now it seems the 38-year-old star – who suffered a miscarriage in 2012 – has decided that she isn’t prepared to wait around for Mr Right and has instead come up with a plan to have a baby on her own.

And it’s been reported that the star is seeking support from a rather famous friend of a friend – none other than mum-of-four Kim Kardashian.

Read more: BGT winner Colin reveals how he will spend his £250k winnings

Gemma is friends with Kim’s best friend Jonathan Cheban and it’s thought she is asking him to find out the details of the surrogacy clinic Kim used so that she can “look into starting the process”.

Kim hired a surrogate to carry three-week-old son Psalm and daughter Chicago, 16 months. She and her husband Kanye West are also parents to daughter North, five, and Saint, three.

A source told Closer: “Jonathan knows how desperate Gemma is for a baby and how much heartbreak she’s been through so he suggested she find a sperm donor and do what Kim did.”

They added that, while Gemma “dreamed of having a baby with Arg and them being a proper family”, she’s also aware that “she can’t keep putting her dreams of becoming a mum on hold”.

Now Gemma hopes that Kim “will come back with lots of advice to help her”.

It’s been a life-changing few months for Gemma, who is currently on holiday with her old flame turned personal trainer Charlie King.

The trip follows Gemma’s stint in Los Angeles, where she was filming her upcoming reality TV show Diva Forever.

The star met Hollywood executives and was shown the sights by her pal Jonathan, who she met when she appeared on Celebrity Big Brother. She also visited the cosmetic surgeon used by the Kardashian family.

Gemma is thought to be planning plastic surgery costing £100k, including liposuction and a bum lift – something the star wouldn’t be able to do if she were to carry a child herself.

Instead, Gemma is said to be planning on continuing her mission to get healthy and hopes to be a fit and healthy size 16 by the time the baby arrives.

She previously revealed that she has already lost two and a half stone.

While in LA she was spotted hiking up Runyon Canyon and even showed off the results of her diet and exercise regime by posing poolside in a thong one-piece.

Looking to the future, pals say Gemma now hopes to find an American man and put her Essex beau behind her once and for all.

Ent Daily has contacted Gemma’s reps for a comment on the story.

What do you think of Gemma’s surrogacy plans? Head over to our Facebook page @EntertainmentDailyFix and leave us a comment to let us know!