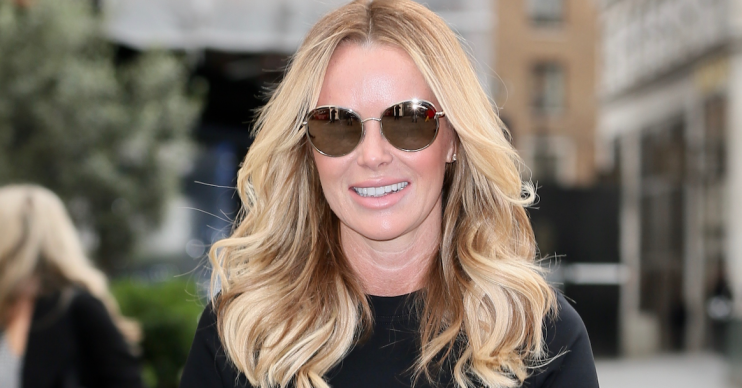 Listeners have said Heart have made a 'big mistake'

Radio listeners have slammed Amanda Holden’s first breakfast show with co-host Jamie Theakston, saying the pair have “no chemistry” and telling the station’s bosses they have made “a big mistake”.

Amanda joined the Heart Breakfast show alongside long-standing presenter Jamie this morning, with the show going national and the pair replacing much-loved regional presenters up and down the country.

Taking to Twitter, one listener blasted: “Wow Heart what have you done?!!! The worst 6 mins of radio I’ve listened to.”

Others predicted that listening figures are going to “drop like a bad habit” and that they were going to vote with their feet.

“The people want local presenters that we can relate to! Not a national one in London and especially NOT Amanda Holden!!! Bad move Heart,” they added.

“No thanks,” said another. “I’m not listening to stuck up Amanda Holden. It will be all me me me me me.”

“You’re gonna lose thousands of listeners today!” one listener claimed. “Can’t relate to Amanda Holden whatsoever so will be untuning Heart from the car radio.”

Others agreed and one said: “No thanks. I loved my local breakfast presenters. You prefer to employ two millionaires than real, local people to save a few quid. Well, I’m voting with my feet. Bad move Heart.”

After Amanda appeared on our TV screens all last week as the latest series of Britain’s Got Talent drew to a close, listeners hinted that she was becoming a little overexposed.

“Christ, Amanda Holden is now on the Heart Radio breakfast show so I can’t listen to that any more,” one said.

Amanda Holden is everywhere, constantly on my news feed for things that aren’t “newsy”… I don’t care that it takes 6 people to get her ready for a BGT Final (which I don’t watch), she’s on every channel, she’s the voice of the checkout at M&S and now she is on Heart Breakfast😩

Listeners also said that Jamie and Amanda had “no chemistry”, with one tweeting: “And I didn’t laugh once!!”

“I gave them an hour but no more,” another added of the show, which featured Amanda’s fellow BGT judge David Walliams as a guest. “Awful decision.”

“No thanks,” said another. “You will be a couple of million viewers down from now on as everyone wants local Heart in the morning not national. Give us what we want as without us, you won’t have a radio station.”

I think it’s wrong that the 2 new presenters accepted a job knowing that 100s of local presenters would loose their jobs. Worst decision Heart ever made, glad to have found another proper local station from today.

Others were willing to give the new presenting duo a chance, though.

“It’s their first show and unfortunately radio moves on,” one said.

They added: “Yes it’s sad that the local presenters up and down Heart country have lost their jobs. But I’m giving them a chance and I’m enjoying the breakfast show so far.”

Another said: “If Amanda Holden hadn’t taken the job at Heart Radio, someone else would have. No point having a go at her about it.”

One listener tweeted the new presenter and said: “Great to have you on Heart!”

@AmandaHolden I would just like to congratulate you on an first amazing show on @thisisheart this morning! You are such a lovely lady! Really looking forward to what’s ahead! Heart are lucky to have you. X

Global, who own the Heart network, recently revealed that “a number” of its regional breakfast show hosts would move to Drivetime. However, they confirmed that the “number of regional shows will be halved”.

Did you listen to the new Heart Breakfast show? What do you think of the decision to air it nationally, taking regional shows off the air? Head to our Facebook page @EntertainmentDailyFix and let us know!