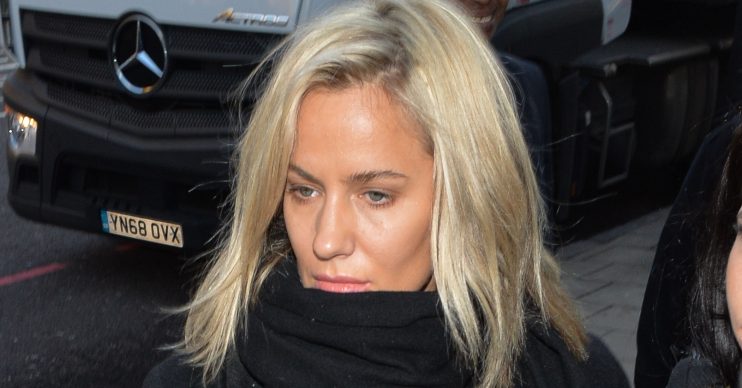 TV presenters to ‘undergo psych tests’ before going on air

Television presenters are reportedly set to be put through a series of psychological tests before they are allowed to go on air, according to a new report.

A source quoted by The Sun has claimed that in the wake of Caroline Flack’s tragic suicide at age 40, several major television channels will be taking much more stringent steps to protect the mental health and welfare of their talent.

ITV and Channel 4 are amongst the channels that will reportedly be taking further steps to ensure the safety of their talent – both new and existing.

As part of an improved duty of care package, anyone that does not pass the tests will “not be allowed to proceed” in their presenting roles.

A source told the paper: “In future, all presenters and TV anchors will be undergoing yearly psych tests ahead of every series or new show.

“They will see a counsellor, have a background assessment and do a psychometric questionnaire.

Read more: Caroline Flack ‘feared she was going to prison’

“It will be analysed and given a red, amber or green score. Reds will not be allowed to proceed.”

ED! contacted ITV and Channel 4 for comment. A spokesperson for the latter said claims about the tests were not accurate or approved by the Channel 4 press office.

Psychological tests have been provided to non-celebrity contestants and participants on television shows for years, the Daily Mail reported.

However, this will be the first time many on-air talent – including celebrities – will be screened across the board.

Love Island star Caroline took her own life last weekend (February 15 2020), just weeks before she was set to stand trial for allegedly assaulting her boyfriend Lewis Burton, 27, something both of them denied.

The presenter stepped away from presenting Love Island shortly after her initial arrest in December and was replaced by Laura Whitmore.

At least a million viewers are expected to tune into Love Island’s finale episode tonight, in which the winning couple will win £50,000.

Sophie Gradon took her own life aged 32 in 2018 and Mike Thalassitis took his own life, aged 26, the following year.

The minister for suicide prevention, Nadine Dorries, is set to look into the protection and measures in place to protect celebrities.

Miss Dorries said: “I have decided it is time for us to look deeper into the psychological effect of reputational damage and what measures the entertainment industry can put into place to protect those who as a result of fame and success, fall victim to loss and grief in a way which can lead to a catastrophic and tragic result.”

Samaritans (116 123) operates a 24-hour service available every day of the year. If you prefer to write down how you’re feeling, or if you’re worried about being overheard on the phone, you can email Samaritans at jo@samaritans.or

What do you think of these new reported measures? Share your thoughts with us on our Facebook page @EntertainmentDailyFix.