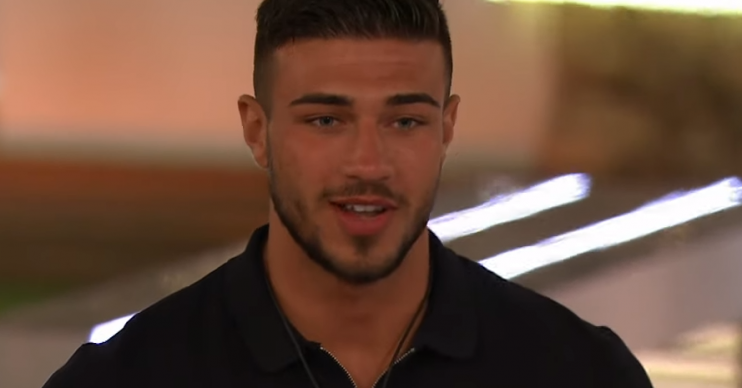 The ‘brothers’ were the best of friends inside the villa, but it seems as though there’s quite a bit of tension between the pair now.

Tommy branded his brother as “childish” during a recent radio appearance after he unfollowed Molly-Mae on Instagram.

All of this tension began during the Love Island reunion show on Sunday night when Anton, 24, was asked to comment on the drama.

That was when he claimed that he and Molly-Mae had never been friends in the villa and he then dropped the bombshell that he wouldn’t be following her again.

Tommy, 20, then appeared on the Captial Breakfast Show and revealed that he didn’t really understand where things had gone wrong between his brother and his new girlfriend.

He explained: “I honestly couldn’t see it, I thought them two were friends because obviously we’ve been on this whole experience together so I thought everybody would be friends.

“I think there was just a little bit of tension, you know, purely off what Anton said and about all the unfollowing stuff and all that…”

He continued: “It really is… I think it’s a bit childish because we’re all good friends here and there’s no need for any bad blood and on mine and Molly’s part, there’s no bad blood, we wish him all the best.”

Molly-Mae, 19, was then asked to comment on the drama between her and Anton during the Love Island reunion show and she admitted that she was surprised when she found out that Anton had unfollowed her on the social media platform.

She said: “I hadn’t even got my phone back yet and came out and the first thing I seen was that Anton had unfollowed me.

“At the end of the day, everyone’s entitled to follow and unfollow who they want to, so it’s not bothered me, but I was just a little bit shocked.

“And I don’t feel like I would have necessarily done that to him because we didn’t speak much in the villa, so I don’t really know why it happened, but no bad blood.

“You’re my friend, even if I’m not your friend,” she finished.

However, Anton wasn’t quite finished and he went on to explain that he unfollowing her wasn’t meant to be a petty move, it was just that the two of them weren’t really friends.

He explained: “What happened is, when we’re in there, our management or whoever is running our Instagram follows for us.

“Molly came up on my Instagram and I’m sure Molly will agree with this, we’ve never even spoken in the villa, really.”

Meanwhile, Love Islander Maura Higgins has landed herself a gig on This Morning, and she been welcomed to the show by hosts Ruth Langsford and Eamonn Holmes.

After announcing the good news, This Morning’s Eamonn joking asked Maura: “Are you fluttering at the minute?” to which she laughed and replied: “It is literally a dream of mine, I just can’t believe it, I’m pinching myself every few minutes.”

What do you make of the beef between Anton and Molly-Mae? Head over to our Facebook page @EntertainmentDailyFix and let us know!