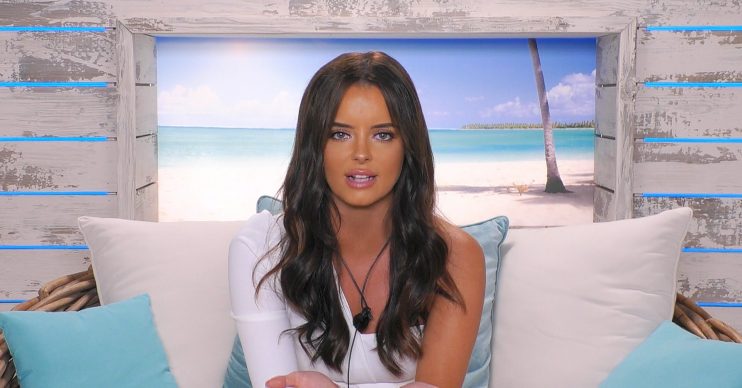 She says the news has given her "the flutters"

She proved to be a hit with this year’s Love Island viewers, coming fourth alongside beau Curtis Pritchard in the season finale, and now Maura Higgins has landed a coveted presenting role.

The former grid girl, from County Longford in Ireland, has just landed a job alongside Holly Willoughby and Phillip Schofield on This Morning.

And the star could not be happier.

Using her famous catchphrase, the 28 year old told the Mirror: “I’m getting flutters about joining This Morning. I can’t believe it. It’s beyond my wildest dreams.”

It’s been revealed that Maura will become the show’s new agony aunt, hosting a phone-in with viewers keen to hear her no-nonsense advice.

She’s also going to become something of a roving reporter for the ITV daytime show.

Hosting a segment called Maura Than Meets The Eye, viewers will see her travel up and down the country taking on a series of challenges.

The first of this year’s batch of reality hopefuls to land a TV role, Maura says she can’t wait to join the This Morning “family”, admitting she grew up watching Holly and Phil on the show.

She revealed: “Mad to think I’m now part of that iconic family. Can’t wait to crack on.”

Editor of This Morning Martin Frizell called Maura the “stand-out star” of Love Island 2019, with last Monday’s final being the most watched Love Island final ever.

Welcoming the Irish star on board, he said: “Maura was the stand-out star of this year’s villa antics with her straight-talking opinionated views.”

Maura will appear on This Morning on Monday, talking to hosts Eamonn Holmes and Ruth Langsford about her new role.

After Maura’s involvement in the Love Island scandal which saw Jordan crack onto India behind her pal Anna’s back, we can’t think of anyone better placed to hand out advice. Best of luck, Maura!

Will you be calling in for some of Maura’s advice? Let us know on our Facebook page @EntertainmentDailyFix!