After the news that she had landed a role on This Morning, Maura Higgins has been welcomed to the show by hosts Ruth Langsford and Eamonn Holmes.

Maura is one of the first of this year's Love Island stars to land a coveted TV role after Amy Hart landed a stint on Loose Women. 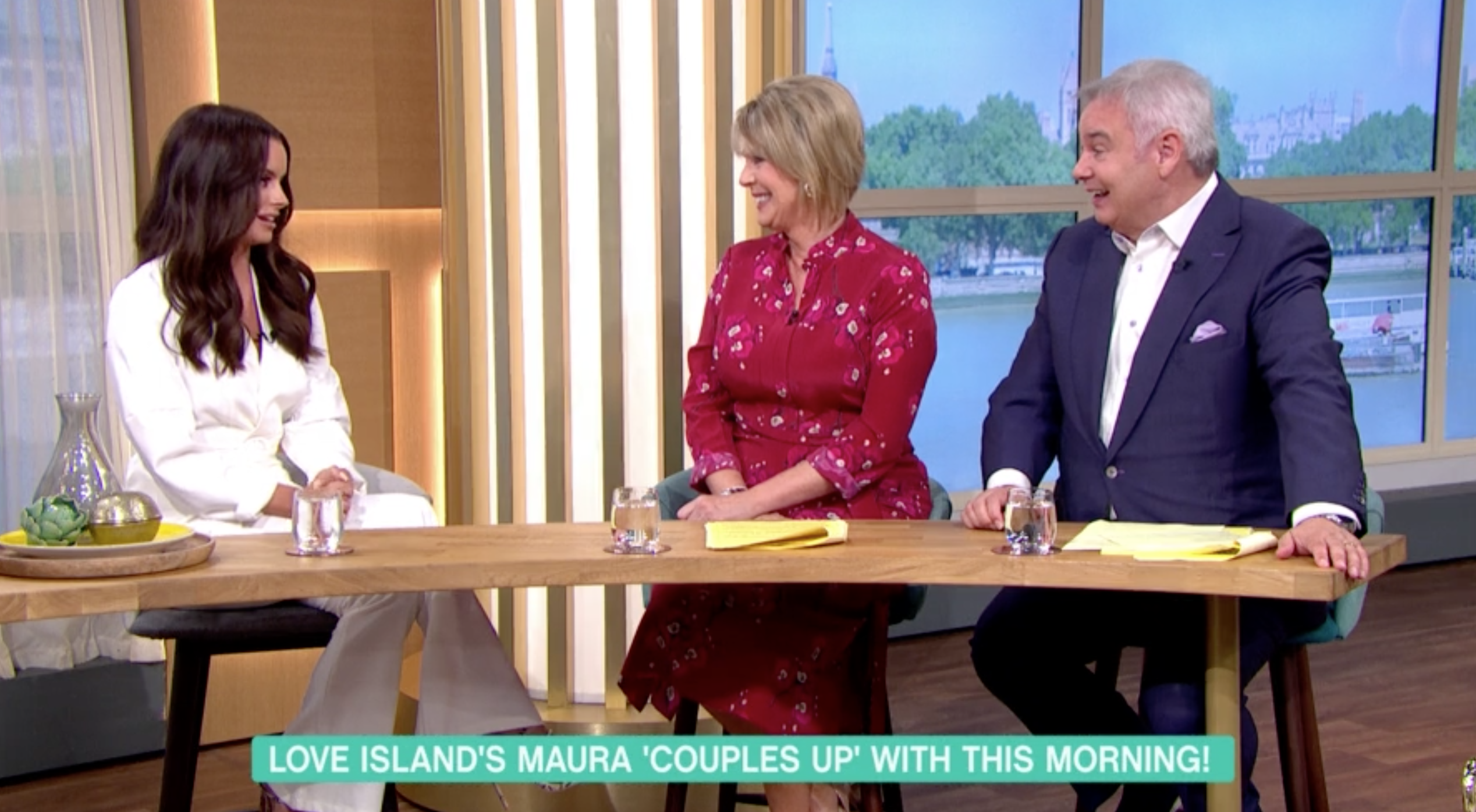 Eamonn and Ruth welcomed Maura on board and revealed her first phone-in would take place on Wednesday (Credit: ITV)

Quick to get in there with Maura's infamous X-rated catchphrase, Eamonn asked: "Are you fluttering at the minute?"

Laughing at Eamonn's joke, Maura revealed it was a dream come true to be working on the ITV daytime show.

Good luck to Maura, she will do well on the show and fit in well.

She said: "It is literally a dream of mine, I just can't believe it, I'm pinching myself every few minutes."

Opening up about what she's going to be doing in her Maura Than Meets The Eye segment, Maura said the show's bosses wanted her to go skydiving, but she said it was fine as she was "an adrenalin junkie". 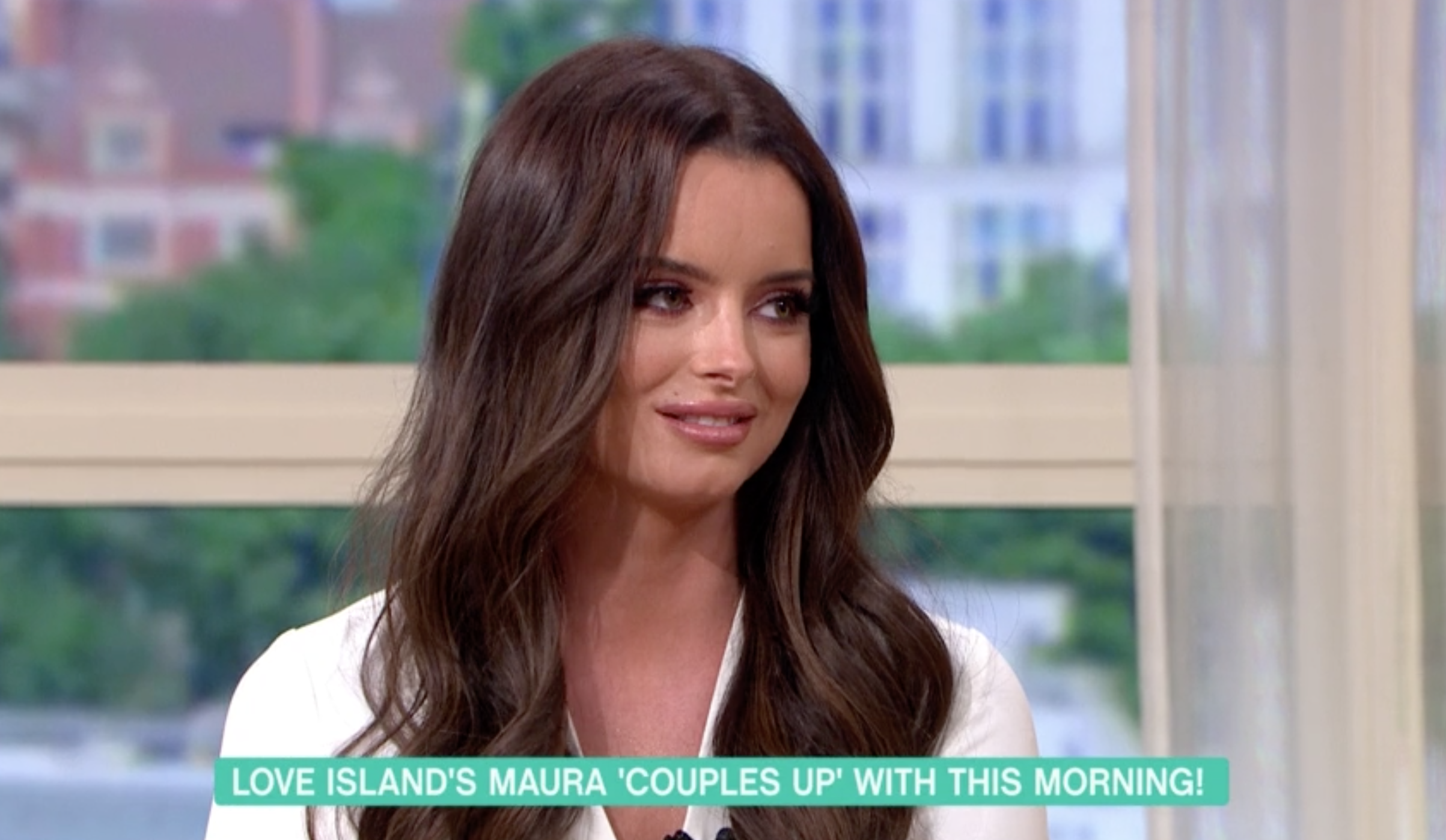 Maura said she was "excited" to join the team (Credit: ITV)

Read more: Alex Hollywood to 'fight for a chunk of Paul's fortune'

Eamonn revealed that her first gig would be on Wednesday, with the star revealing that her unique brand of tough love "has to be done".

While Maura was "so excited" to join the show, some fans took to Twitter to say they'd be switching off the ITV programme because of Maura's new role.

@thismorning oh dear. Time to switch off. Cannot watch that ridiculous Maura! Bye bye this morning, I have enjoyed watching you over all these years.

Hopefully we'll get notice when Maura will be on so I can turn over to BBC. She has such a foul mouth .. what is This Morning thinking ??

Others accused the show of "double standards", after Love Island received a number of complaints over Maura's risqué behaviour during her time in the villa.

@thismorning Didn't Amber win #LoveIsIand? She was known to "tell it like it is" in the villa. Why have you hired Maura instead, who got a record number of OFCOM complaints regarding sexually harassing a male islander, but wasn't ousted? The double standards by ITV are a joke.

However, Maura's fans far outweighed the haters, with some saying she looked "beautiful" as she made her debut and admitting it was refreshing to have someone so honest on their screens.

Maura was the real winner of #LoveIsland this year

@MauraHiggins WELCOME TO MAURA, A NEW FRESH START FROM A BEAUTIFUL LADY WHO TELLS YOU HOW IT IS...

MAURA Without a doubt will brighten up our TV screens more regularly now she’s out of the Villa.

What great news to start the week with.

Others even said they couldn't wait till the star was next on This Morning.

@thismorning see u Wednesday when Maura is back 🙌🙌🙌#TeamMaura #thismorning #maurahiggins ♥️🏝️🏆

Some also likened the star to the show's host Holly Willoughby.

News of Maura coupling up with This Morning came at the same time as her beau Curtis revealed their relationship is going well.

What do you think of Maura's new role? Will you be watching? Head over to our Facebook page @EntertainmentDailyFix and let us know!