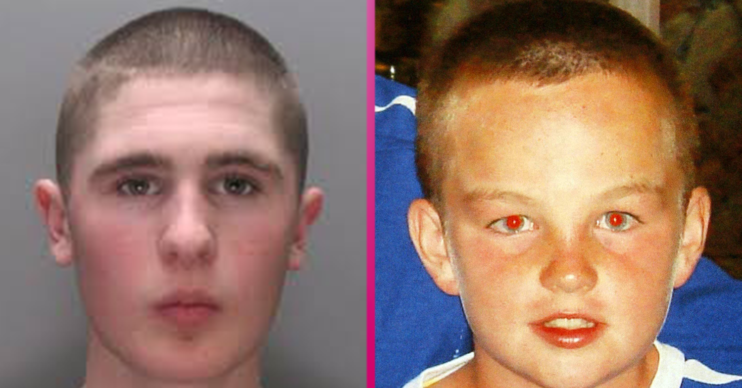 Steve and Mel Jones were beside themselves after their 11-year-old son was shot by gang leader Sam Mercer.

Thirteen years on and the thug is now causing their family fresh heartache.

But where is Rhys Jones’ killer now?

Where is Rhys Jones’ killer now?

Sean Mercer is currently locked up in HMP Frankland.

He is currently 11 years into his 22-year minimum life sentence.

But in May 2020, it was revealed that the thug is trying to get his sentence reduced.

Legislation in England and Wales states that juveniles have the right to a review of their minimum tariff halfway through their sentence.

According to the Liverpool Echo, he has instructed his lawyers to argue for a review as he was 16 when he murdered Rhys in August 2007.

However, the appeal may be flawed as Mercer was a legal adult when his sentence was passed.

Mercer originally tried to appeal his sentence back in 2009 but then chose to withdraw it,

How has Rhys Jones’ parents reacted?

Steve and Mel were made aware of Mercer’s plans this spring.

The news left the couple, who are also parents to son Owen, devastated.

READ MORE: What happened to Rhys Jones’ brother Owen and where is he now?

Steve told the paper: “These updates about how one of them is trying to challenge things, it brings Rhys’ murder back to us all the time.

“Mel gets these phone calls and it takes her back to the car park when she went to find Rhys all those years ago.”

He added: “You read certain things that Mercer is a changed person, but like the others in his gang have proved, they’ve been in more trouble since Rhys was killed.”

The couple have been encouraged by Probation Service bosses to file a victim impact statement.

In the document, they will need to detail the true devastation Mercer has caused their family and why they are against his sentence being reduced.

Will Sean Mercer’s sentence be reduced?

Sean Mercer’s life sentence could be reduced if the court rules that he has made exceptional progress behind bars.

His appeal is yet to be filed but it’s believed his team are working on it.

They will claim that he has turned his life around while in prison.

But this contradicts reports that he has become a gang leader in HMP Frankland.

According to the Daily Star, he has overseen the supply of drugs such as marijuana and Spice to other inmates.

It’s also reported that he is involved in the distribution of mobile phones and alcohol.

A prison source told the paper:”Mercer is the drugs kingpin inside Frankland. He controls the trade through fear but never gets his hands dirty.

“He has a network of people working for him on both the inside and outside and he’s making a lot of money.”

If Mercer’s appeal is granted, the decision for early release will then be made by the Parole Board.