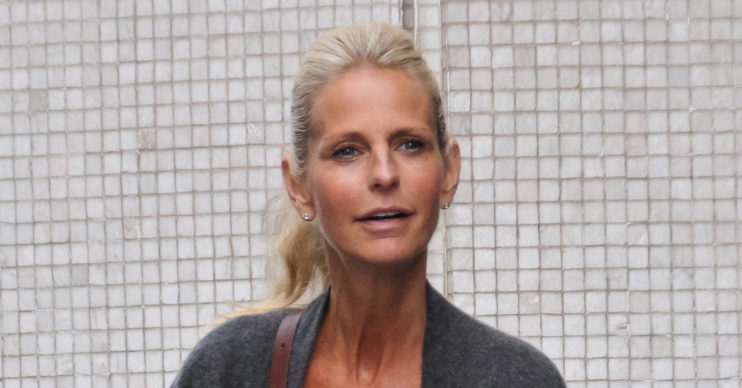 Ulrika Jonsson has bared all for a snap inside her bathroom following a challenging day.

The model and presenter, 53, admitted she hasn’t had the best of days as she posed completely naked for a mirror selfie.

Clearly too fed up to put some clothes on, Ulrika covered her breasts while a toiletry bottle was perfectly positioned on the bottom half of her body.

The mum-of-four appeared glum as she snapped away on her phone.

Alongside the shot, she ranted: “Today’s been a [bleep] of a day #justsayin.”

Ulrika often takes to Instagram to update fans on her everyday family life.

Last month, the star treated followers to a rare snap of her daughter Martha as she celebrated her GCSE success.

In the caption of the photo, which showed Martha smiling, Ulrika wrote: “Martha Moo. So proud of you. (Except when you sleep ’til 3pm).

“But: GCSEs. You did it. In a messed up year with so many rites of passage snatched from you by C-19.

“You have a brilliant mind. And you’re stubborn. What else does a girl need? Maybe an alarm clock. Love you, darling girl.”

Ulrika Jonsson opens up about sex

Ulrika previously complained she was going to become a “virgin” again as a result of not being able to have sex during lockdown.

In her Best magazine column, she said: “Having spent the past two years of coming out of a somewhat ‘barren’ marriage with little human touch, I have then spent the past five months motoring along in a physical relationship with a new man – so you might see the confusion my brain and body is suffering.

“It took a lot to get my inner sexual engine started up again – only for coronavirus to take away the petrol and dump in an isolated garage on the edge of nowhere.”