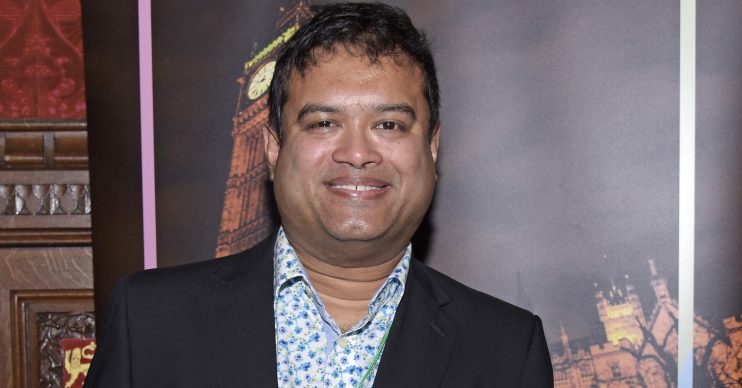 It may be his first Valentine’s Day as a married man but it seems the special day won’t be romantic for The Chase star Paul Sinha.

Paul, who married his long-term partner Olly in December 2019, revealed on Twitter: “For our first Valentine’s as a married couple, I will be standing on stage in Leicester talking about our marriage, while he sits at the back wishing that we’d never met.”

Read more: The Chase’s Paul Sinha reveals he has wed his partner Olly

For our first Valentine’s as a married couple, I’m will be standing on stage in Leicester talking about our marriage, while he sits at the back wishing that we’d never met.

Paul, known as The Sinnerman on The Chase, is currently busy touring in his stage show, Hazy Little Thing Called Love.

Despite previously saying he couldn’t put his Hindu parents “through the rigmarole of gay marriage”, Paul proposed to Olly in January 2019.

The Chase star, 49, was then diagnosed with Parkinson’s disease in May of that year.

At the time, Paul said in a blog post: “With the diagnosis now confirmed, and a treatment plan in place, I now feel far more prepared for the new challenges ahead.

“I have an amazing family, no strangers to serious medical illness, I’m blessed to have a fiance who is there for me, and I have a multitude of friends and colleagues whom I consider to be exceptional human beings.

He added: “In the time since my Parkinson’s started I have been ludicrously busy, and fully intend to keep Chasing, keep writing and performing comedy, keep quizzing and keep being hopeless at Tasks.

“Dancing On Ice is, I suspect, out of the question. A lot of people have asked ‘What can I do to help?’  The answer is to treat me exactly the same as before. Much love, Paul.”

Despite the diagnosis, the couple went on to celebrate their big day with Paul calling it the ‘greatest day’ of his life.

He revealed on his blog that he entertained guests with a self-written song.

“Halfway through the song, I was thinking, ‘I am having the [bleeping] time of my life,'” said Paul. “My clan were meeting his clan, and everything was wonderful in the world.”

Even if he is busy tonight, we hope Paul and Olly have a great Valentine’s!