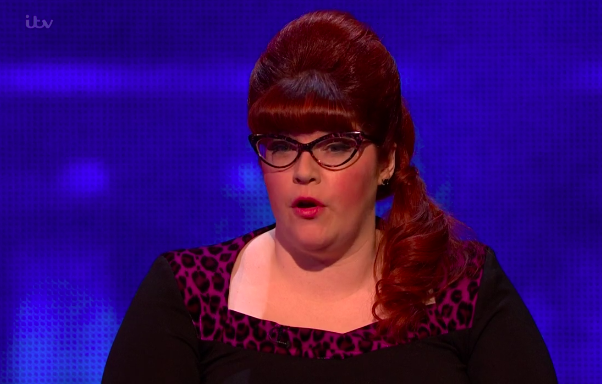 Monday’s episode of The Chase branded ‘one of the worst ever’!

Jenny Ryan was on fire, but what was with the contestants?

Quiz queen Jenny Ryan played another blinder today (10 February, 2020) on The Chase, managing to defeat every single contestant and keep a clean sheet by not getting a single question wrong.

This is her second win in a show after defeating a Gregg Wallace lookalike on Friday.

Jenny aka The Vixen came up against the first hopeful, Ashley. While he did well in the cash builder round, Ashley’s good luck collapsed after he got four questions wrong in a row.

As Ashley departed penniless, The Vixen graciously said: “It’s rare for somebody to be that good in the cash builder, but then they overthink things sometimes.”

Next up was Roy, who revealed he is a fan of quizzes. But Roy wasn’t able to guess that ‘kanga’ and ‘boomer’ were to do with Australia, and didn’t seem to have heard of the bakery chain Greggs.

His final multiple-choice question was: “The nail on which finger of the hand usually grows the fastest?”

It was literally nail-biting stuff as host Bradley Walsh made him and the viewers wait until after the ad break to give the correct answer – the middle finger.

By now, fans on social media were starting to vent their frustration about the poor quality of the contestants. One said the show was ‘painful to watch and another even called it “one of the worst episodes ever”. One tweeter said this was “another in the run of particularly useless teams we’ve had recently.” 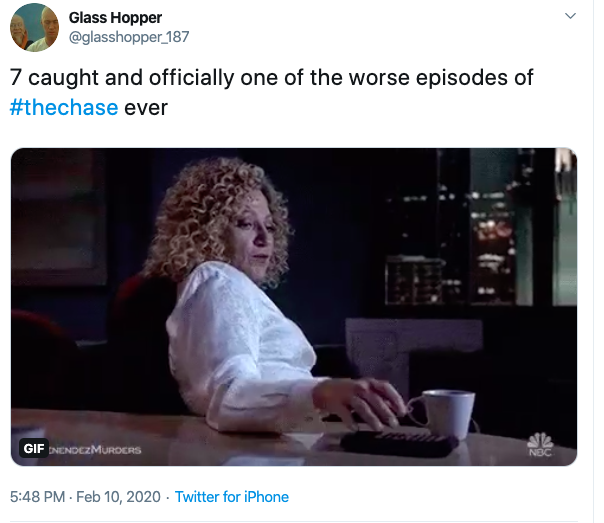 Maybe the third player, Lauren, would do better? She started confidently enough, agreeing to play for £70,000, and revealing to Bradley that her dream was to buy a camper van and take her little daughter around the world. Lauren sadly lost the lot.

Sue, the final and the oldest contestant of the quartet, knew by now that the hopes of her team rested on her shoulders. She gambled on winning £80,000 but didn’t get through as her questions were about video gaming and marine biology. Well, would you have known what a ‘nudibranch’ was?! (It’s a sea slug.)

Read more: The Chase contestant hailed ‘a machine’ as he ‘absolutely demolishes’ The Vixen

As none of the four players had managed to win any money, who would they choose to play against The Chaser in the final round? There was another cliff-hanging ad break, which made one viewer suspicious. ‘Two breaks mid-question, time to fill… it looks like The Vixen has got this one as well’, he predicted online. 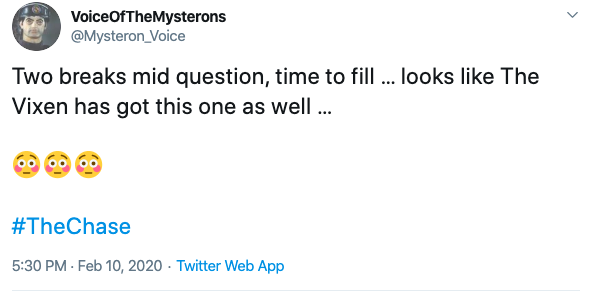 Lauren won the coin toss backstage and bravely stepped up again. But she was no match for the all-conquering Vixen.  Jenny took just 47 seconds to get all 10 questions in a row correct, and beat the team. Fans were quick to praise her saying ‘How good was the Chaser?’ and saying that she was on ‘blistering form’. Congratulations Jenny! 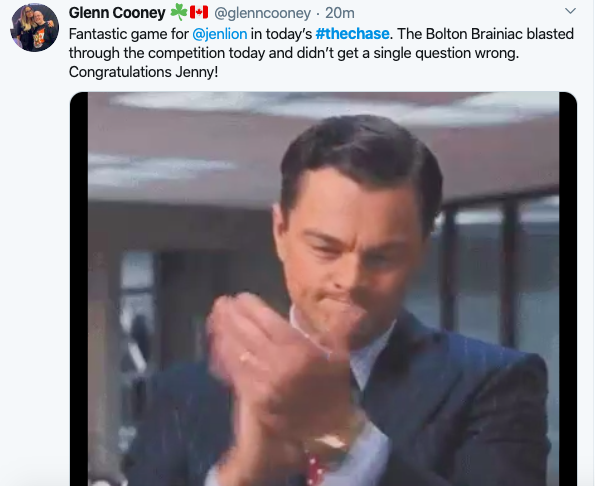 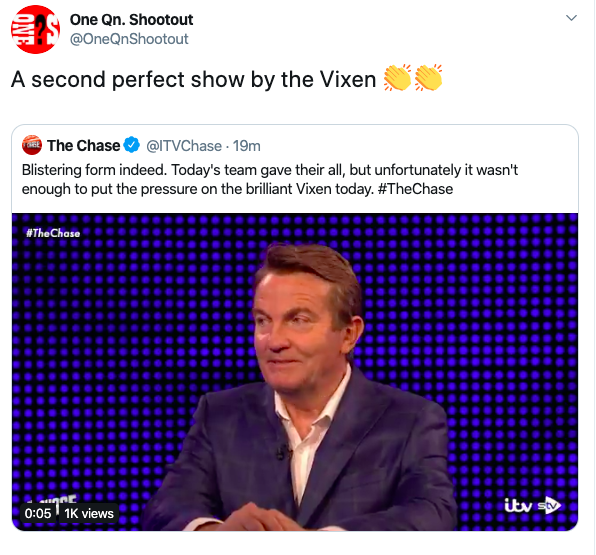 Do you think you could beat the Vixen or any of the Chasers? Leave us a comment on our Facebook page @EntertainmentDailyFix and let us know!