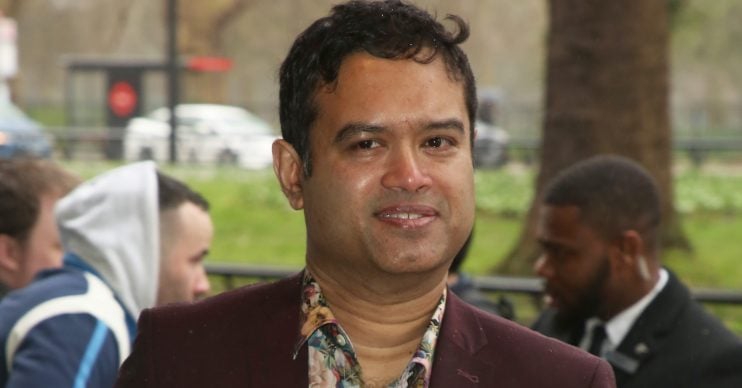 What a good man!

The Chase’s Paul Sinha married partner Olly earlier this month and gushed that it was ‘the greatest day of his life’.

The quizmaster – who is battling Parkinson’s disease – explained in a pinned tweet, that he wasn’t asking for gifts, though.

Instead, the 49-year-old, had wanted friends, family and fans to donate to his nephew’s school.

In lieu of wedding gifts, this December I am trying to raise money for my nephew's school. Details here. https://t.co/kxsFbAmBxG

He wrote: “In lieu of wedding gifts, this December I am trying to raise money for my nephew’s school.”

He left a link, which took followers to a Go Fund Me page, where he explained in greater detail the moving reason for his fundraising efforts.

Paul said: “My nephew Leo is severely autistic and is receiving superb care at St Nicholas School in Croydon, a school that works tirelessly for children with learning difficulties, autism, Down syndrome and communication difficulties.

The school is very popular with parents and has rapidly increased its population over the last few years, leading to a major rebuild.

“Located in Purley, the pupils at St Nicks come from all parts of the London Borough of Croydon and beyond. The school is very popular with parents and has rapidly increased its population over the last few years, leading to a major rebuild.”

He then asked fans to donate to the cause, with the school aiming to build a sensory garden for pupils, which would be ‘used to stimulate and inspire pupils through touch, smell, sight, taste and hearing, as well as providing a space for calming, learning and enjoyment.’

The Chase star was praised for his selflessness.

One wrote: “A Fine gesture Paul and I hope you raise a significant for your nephew’s school.”