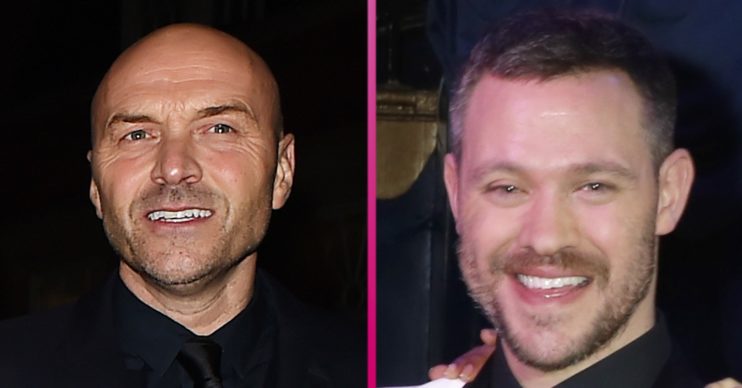 Simon Rimmer looked exactly like singer Will Young in a throwback he shared on social media, according to Sunday Brunch fans.

On Instagram, the 57-year-old TV chef posted a blurry snap of himself as a fresh-faced amateur footballer.

Simon Rimmer fans compare him to Will Young

The photo, uploaded on Sunday (August 23) afternoon, showed Simon sitting on grass in a white T-shirt and tiny pair of shorts as he adjusted his shin pads.

In the caption, the Sunday Brunch presenter joked that he might have been an inspiration for footballer Virgil van Dijk.

“Check out the handsome defender who clearly influenced @virgilvandijk back in the day,” the Channel 4 star wrote in the caption.

Shortly after it was shared, a number of Simon’s followers all took to the comments to point out the same thing.

Many who saw the picture thought he bore a stark resemblance to singer Will Young, who shot to fame after winning the first series of Pop Idol in 2002.

One follower said: “Is that not Will Young, Simon?”

“Will Young?” asked another.

A third pointed out, alongside a crying emoji: “Looks like Will Young.”

Simon is currently the host of Channel 4’s Sunday Brunch alongside his pal and colleague Tim Lovejoy.

Is that not Will Young, Simon?

Their antics with each other and their guests regularly have viewers at home in hysterics.

Last month they welcomed comedian Julian Clary on the programme, and he had fans laughing their heads off with his trademark innuendos and cheeky humour.

He didn’t hold back from teasing Simon and and Tim either. At one point, during a cheese tasting session – all conducted via video call – he quipped that he wasn’t able to tell the hosts apart.

And ripping Tim for his choice of outfit, Julian said: “Well, you’ve made an effort for me… did you go down the market for that T-shirt?”

At that, Tim protested that Julian always ‘hammers’ him whenever they meet.