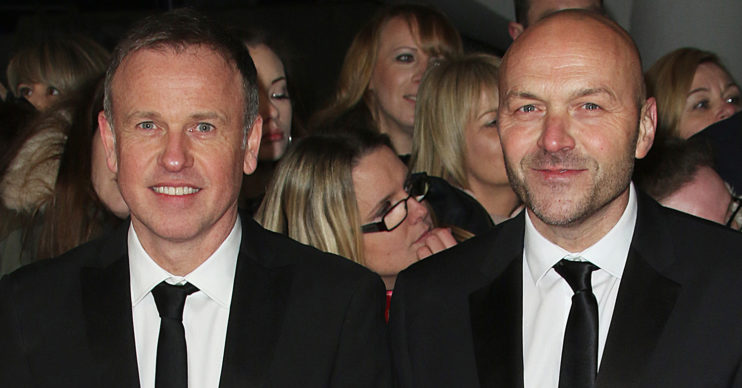 And he left a stunned Simon Rimmer saying: “Leave you to it!”

Fortunately, it was all in good fun and Simon took it on the chin.

When guest chef Paul Ainsworth was video linked in, Tim decided his services were no longer needed.

What happened on Sunday Brunch?

Leaving his co-host Simon to carry on the segment without him, he casually walked off the set.

Tim initially introduced the chef as: “Simon’s joined by our guest chef Paul Ainsworth, all the way down in…”

Simon helped him out and let him know that Paul lives in Padstow.

Clearly unsure of where this is located, Tim asked: “I say it is down – is it down?”

Simon reassured him it is and Tim let out a “phew”.

Tim decided this was his moment to make a quick exit and said: “I’ll leave you guys to get on with that.

“Have fun and be talented!”

I’ll leave you guys to get on with that. Have fun and be talented!

Elsewhere in the episode, Simon delighted fans with a secret ingredient for mashed potatoes.

He advised adding clotted cream to the classic British dish.

Another shared: “Sat here drooling looking at the mash potato and beef! .. calories don’t count on a Sunday right? Lol!”

And a third user gushed: “Omg please come round to ours today and make us that dinner, it looked absolutely amazing!”

However, a few appeared less than impressed by the tip.

Several argued that it was “filth” while a further user shared: “Clotted cream belongs on scones not mashed potato. Face with rolling eyesFace with tears of joy #SundayBrunch.”

Just about to perform “until you” On @channel4 #sundaybrunch x

Another mocked: “Desperate to be different? Put clotted cream in your mashed potatoes….#SundayBrunch.”

The episode also featured a slew of celebrity guests.

Many viewers were quite taken with Una Healy, who stunned in an eye popping outfit.

One user tweeted: “Una Healy is stunning, loving her country vibe too.”

And another shared: “Una Healy is definitely not leaving much to the imagination, is she! #SundayBrunch.”