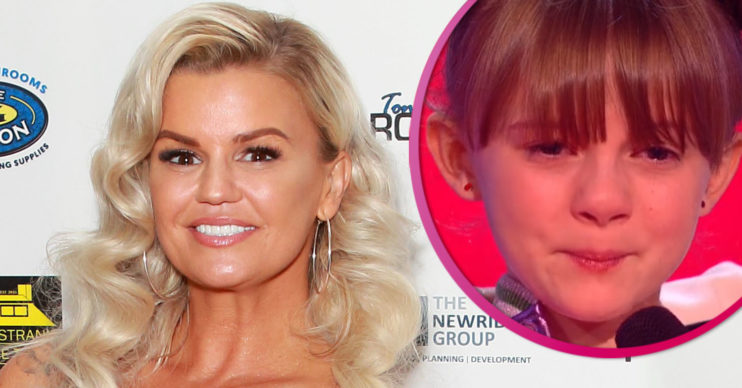 Mum Kerry rushed to comfort daughter Heidi after being knocked out

Kerry Katona was the epitome of a proud mum as she watched daughter Heidi be sent home from The Voice Kids last night (Saturday, August 15).

Heidi, 12, narrowly lost out on her chance to be in the semi-finals, after judge Paloma Faith failed to pick her.

After initially impressing in the blind auditions, Heidi’s singing journey has been cut short.

In the battle to earn a place for the semi-finals, Heidi lost out to contestant Dara.

Mum Kerry tearfully watched from the sidelines as Heidi battled it out to try and earn her place. The 12-year-old singer performed Shakira’s ‘Whenever, Wherever’ for the judges.

However, when it came down to judging coach Paloma Faith chose to eliminate Heidi. When the decision was announced, mum Kerry rushed to the side of the stage to comfort her daughter.

Earlier in the evening, Kerry had been drumming up support for her singer daughter.

She tweeted: “Don’t forget to tune in and watch my Heidi Katona on thevoicekidsuk tonight itv 7:20pm it’s the battles!!!!”

At the blind audition stage, Heidi wowed the judges with her performance of Macy Gray’s ‘I Try’ and earned a place on Paloma Faith’s team.

However, the young singer couldn’t hide her nerves.

Heidi gets really bad anxiety so to see her do something so big and face her fear, I couldn’t be prouder.

Despite getting two judges to turn their chairs, Heidi burst out in tears after her performance. But her voice alone was enough to impress the judges, and Paloma Faith offered to be her mentor.

Mum Kerry could be seen jumping for joy backstage as judges turned their chairs for her daughter.

Sharing with her Instagram followers, Kerry wrote: “Soooooo proud of my baby girl @heidikatona she was so nervous but she didn’t quit.

“Heidi gets really bad anxiety so to see her do something so big and face her fear, I couldn’t be prouder.