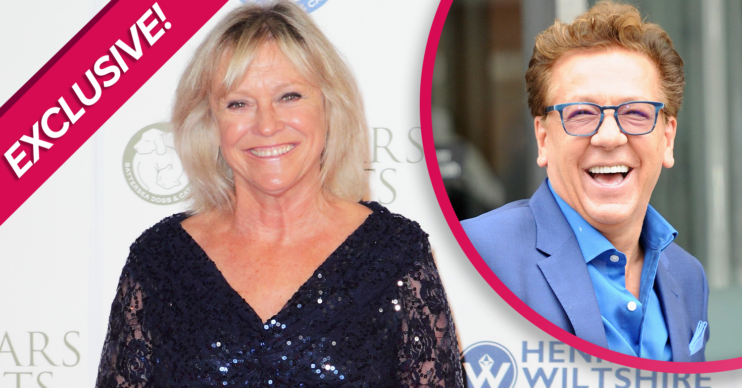 She's leaving A Question of Sport after 24 years as host

Sue Barker was axed by the BBC earlier this week and now one of her famous friends has hit out at the corporation.

Lorraine star Ross King, who has been friends with Sue for more than 25 years, has waded into the argument.

It comes after Sue was axed as host of BBC show A Question of Sport.

Speaking exclusively to Entertainment Daily, Ross backed his friend and said the Beeb had made a “huge” mistake.

What has Ross said about the BBC axing Sue Barker?

Tennis fan Ross said he’s known Sue “forever” and she’s “one of the nicest people you could meet”.

He also praised her professionalism and, in the midst of an ageism row, hit out at the BBC for letting her go.

Read more: Bradley Walsh should be ‘quaking in his boots’ says TV personality after his job

“She is not only one of the nicest people you could meet, but also one of the finest and most professional broadcasters.”

She is not only one of the nicest people you could meet, but also one of the finest and most professional broadcasters.

Lorraine’s LA correspondent also added that the BBC had made a “big mistake” axing Sue.

Opening up about his friendship with Sue, it appears Ross and Sue have come a long way since he had her poster on his bedroom wall as a youngster.

He told ED!: “When I was a kid I loved playing tennis.”

‘I had a poster of Sue on my wall’

American tennis player Chris Evert was “the girl”, Ross said. “I had posters on the wall and everything.”

He quipped: “Sue has always known she was my second favourite female tennis player – and I did have a poster of Sue on my wall as well!”

And the trio are thought to have been “blind-sided” by the BBC’s decision.

In a statement, Sue said: “I love the show so much they would have to remove me, it would have been tough for me to walk away.

“I’ve absolutely loved my 24 years fronting A Question Of Sport, it’s been my dream job.