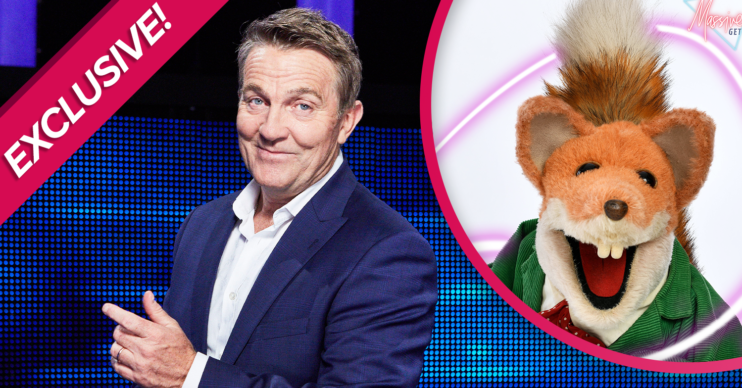 Time for a change?

The Chase star Bradley Walsh had better watch his back – a veteran TV personality is after his job!

Yes, that cheeky red fox Basil Brush has spoken out about his desire to become a quiz show host and it appears he has The Chase star’s job in his sights.

He exclusively told Entertainment Daily that Bradley should, in fact, be “quaking in his boots” because he reckons he’s got what it takes to be the “perfect” quiz show host.

Later this week, Basil will be seen flexing his quiz show host credentials as he hosts an online Mr & Mrs-style quiz as part of The Massive Get Together.

Basil Brush to take over from The Chase star Bradley?

“Since I’ve been on The Chase and The Weakest Link, I’ve always fancied myself as a quiz show host,” he revealed.

“I’d ask difficult questions like, what colour is Postman Pat’s red van? That’s about my level of humour and intellect.”

I think I’d make the perfect quiz show host. He should be quaking in his boots.

Basil appeared on a celebrity special of The Chase back in December 2017.

He went head-to-head with The Vixen and took £8,000 through to the Final Chase.

Speaking about his win, Basil told us: “People didn’t think I should win because I’m daft as a brush, but in fact I’m cunning as a fox.

So, should Bradley be worried?

“Yes, he should be quaking in his boots,” Basil confirmed.

However, he added: “But I probably wouldn’t fit because I’m only a size 2 and a half.”

He also spotted another issue with his longed-for quiz show role.

“I wouldn’t come over the podium because I’m only 18 inches tall!”

And, should ITV be reading this and want to sign up the red fox, then he has a programme idea ready to go.

“Take On The Brush,” he quipped, “that would be a great programme.”

Basil is taking part in The Massive Get Together, an online evening of entertainment and variety, this Thursday (September 17). To buy tickets, visit the website here.