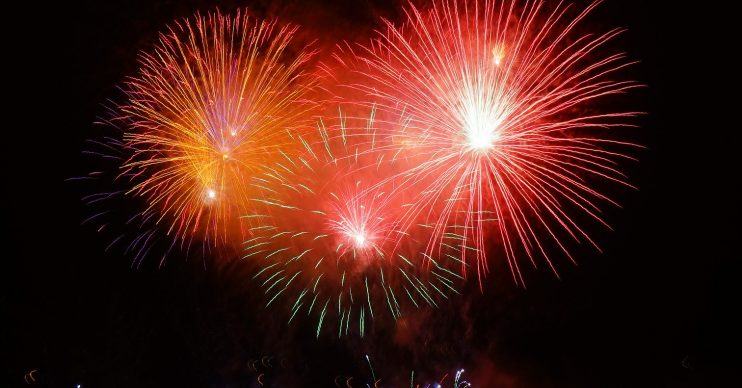 The north of England is expected to be the best place to enjoy a fireworks display on New Year’s Eve as parts of the south and southwest face the prospect of showers.

Forecasters are predicting something of a “north-south split” as 2019 comes to a close and we welcome in the new decade, with warnings of showers and potential fog in some areas – and clear, bright conditions in others.

Read more: Bunny ‘dies of fright’ due to fireworks as petition to ban them reaches 250,000 signatures

As reported by The Sun, Met Office expert Alex Burkill said: “There will be a bit of a north-south split to the weather.

“It will stay largely clear in the north, and the cloud and rain in the south should clear up. You will need a coat and take precautions because of possible fog in the early hours.”

A north-south split to the weather.

Met Office’s Aidan McGivern said in a weather update shared on Twitter: “It’s largely settled as we start the week.

“We’ve got this area of low pressure to the southwest and that’s just going to throw up some cloud and showery rainfall, mainly for the southwest and for Cornwall, [which will see] a breezy day on New Year’s Eve with some showery rain, mainly light outbreaks of rain, a lot of a lot of cloud cover extending to Wales, southern counties of England as well, mist and low cloud.”

Speaking further, he said the north Midlands, East Anglia and much of northern England and Scotland will experience “a sunny, bright winter’s day” on Tuesday, adding: “Fine and dry with light winds, it’s going to feel fairly pleasant.”

It follows a yellow weather warning issued by the Met Office for Monday (30.12.19) evening.

The organisation urged Brits to be ‘weather aware’ as it tweeted a snapshot of conditions forecast for the evening, which showed a blanket of fog covering much of the south of England and Wales.

Temperature wise, this New Year’s Eve could end up being the warmest Britain has seen in 178 years.

According to the Express, temperatures will be somewhat balmy due to a “tropical” air mass from the Azores in the North Atlantic.

The newspaper quoted Met Office forecaster Simon Partridge, who said: “A tropical maritime air mass from the Azores is good news for New Year’s Eve, with very mild 15-16C highs up to and including Tuesday.”

He added that conditions “look pretty decent” for fireworks, while New Year’s Day looks set to be mild at 13C.

What are your plans for New Year’s Eve? Leave us a comment on our Facebook page @EntertainmentDailyFix and let us know what you’re up to.