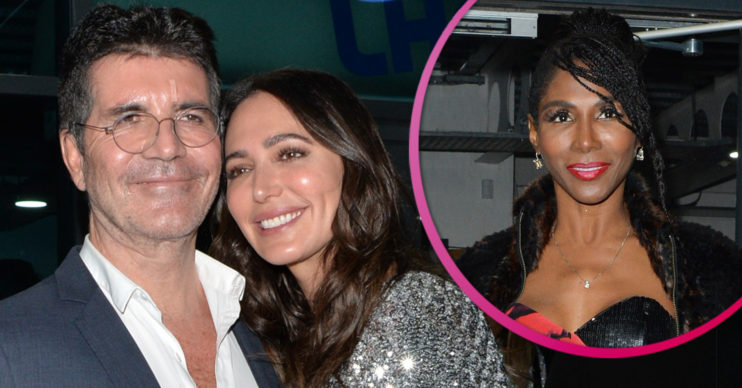 Speaking to The Sun, Sinitta said: “You never know what is going on behind closed doors — so I won’t buy a hat for their wedding.”

She also addressed recent rumours that Simon had being having an affair with Mel B – something he denied.

Rumours have been swirling that Simon has gotten particularly close to his co-judge Mel on America’s Got Talent.

“There was no Mel B affair”

However, he reportedly denied the allegations and called them “utterly ridiculous”.

Meanwhile, Sinitta insists that there is no truth to the gossip, and that Lauren shouldn’t worry.

She explained: “There was no Mel B affair. I was around them when Mel was on the show and she was otherwise happy and occupied.”

Despite Simon and Sinitta not dating since the 80’s, they have remained firm friends ever since.

She has regularly appeared as a guest judge on the X Factor and is very much within Simon’s most inner circle.

More fuel was added to the alleged affair between Simon and the spice girl when Amanda Holden’s daughter made a throwaway comment.

While Amanda was doing an Instagram live, she spoke of Simon and Lauren in lockdown – only for her daughter Hollie to interrupt.

“I thought they broke up?”

Hollie said: “I thought they broke up?”

To which Amanda quickly retorted: “Don’t be stupid!”

However, the BGT judge later cleared up her daughter’s comments.

She said on The One Show this week: “Poor old Hollie.”

As for Mel B, she is reportedly devastated over the rumours, and insists there is absolutely no truth to them.

Read more: The Queen set to withdraw from public duties ‘for months’

A source told The Mirror: “When she found out about the rumours Mel was so upset. She said, ‘It’s against everything that I stand for.’

“Mel also said, ‘Anyone who knows me, including Simon, knows I would never ever consider doing anything of the sort to another woman.”

Do you think Simon will ever marry? Share your thoughts with us on our Facebook page @EntertainmentDailyFix.