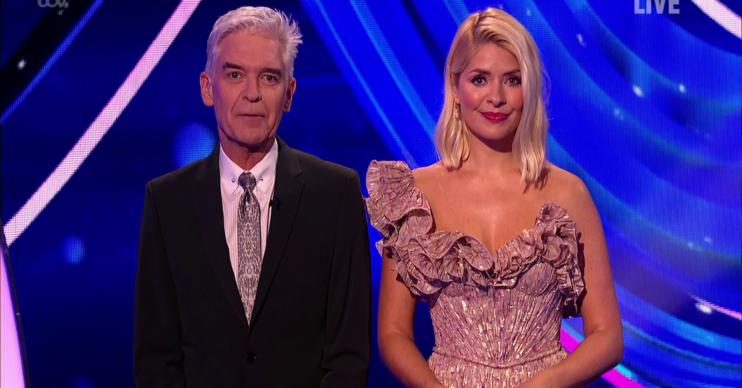 The new series would be due to begin next January

ITV bosses have reportedly secretly recorded a lockdown series of Dancing On Ice specials amid the coronavirus pandemic.

The broadcaster was recently forced to cancel this summer’s Love Island series.

However, now, ITV has apparently decided to record secret episodes over fears they won’t be able to film.

A TV source told The Sun on Sunday newspaper: “Obviously no-one knows when lockdown measures and social distancing will be fully eased.

“But DOI has become a fixture in the winter TV schedules. It’s be a hammer blow for ITV to lose it.

“As such, they’ve filmed some lockdown episodes, working title: Dancing On Ice Specials, to fill that gap, should the live programmes become untenable.”

Meanwhile, Jayne Torvill and Christopher Dean will reportedly be involved with the specials.

Previous Dancing On Ice contestants, including Gemma Collins, Joe Swash and Jorgie Porter, have contributed to the shows.

In addition, the source said: “Chris and Jane have been reflecting on their time on the show.

Obviously no-one knows when lockdown measures and social distancing will be fully eased.

“There will be loads of behind the scenes, never-before-scene clips.

“The hope is that these can be screened on ITV2 as a spin-off if the main series is able to go ahead.”

Meanwhile, ITV recently cancelled this summer’s Love Island, saying it wouldn’t be able to guarantee the safety of the contestants.

Kevin Lygo, the director of television at ITV, explained: “We have tried every which way to make Love Island this summer.

“But logistically it’s just not possible to produce it in a way that safeguards the wellbeing of everyone involved and that for us is the priority.

“In normal circumstances we would be pretty soon to travel out to the location in Mallorca to get the villa ready but clearly that’s now out of the question.”
Leave us a comment on our Facebook page @EntertainmentDailyFix and let us know what you think of this story.