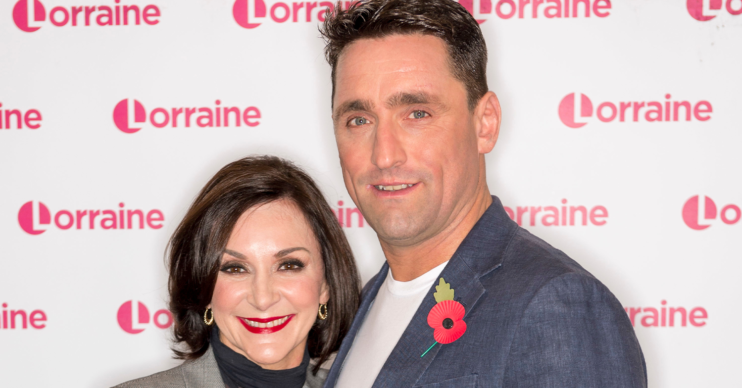 Shirley Ballas boyfriend: Danny Taylor teases a marriage proposal is on the cards

And Shirley has previously hinted it would be a yes from her!

Shirley Ballas has hinted that she’s ready to tie the knot with boyfriend Danny Taylor.

The couple have been together for two years and have grown closer during lockdown.

Danny, 48, has teased that a proposal might not be too far off for the Strictly Come Dancing head judge, 60.

And, if he were to get down on one knee, it appears Shirley’s answer would be yes!

What did Shirley Ballas say about marrying boyfriend Danny?

It was actually Danny who made the comments about the imminent proposal.

Chatting to the Mirror, he was asked if marriage is on the cards for the pair – and his answer was pretty frank.

“It is a great institution. So watch this space. You just don’t know what could be in the pipeline,” he teased.

It is a great institution. So watch this space. You just don’t know what could be in the pipeline.

Shirley chimed in: “And that’s coming from him not me!”

The dancer had previously said that she might think about an engagement in 2021.

Lord knows, after all that 2020 has thrown at us, we could do with some happy news!

Strictly star Shirley had previously said the couple may consider marriage next year.

“Maybe next year [marriage] is on the cards, possibly,” Shirley said.

Read more: Kate Garraway thanks viewers for their support during tough year

“I’ll leave the decision up to Danny. I’ve been married twice, he hasn’t at all, so whatever he feels comfortable with.”

Who was Shirley married to before?

Shirley was first married to dance partner Sammy Stopford for four years from the age of 20. They aid “I do” in 1980.

She married her next dance partner Corky Ballas in 1985 and they have son Mark together.

‘Nobody should ever give up on love’

She met Danny when they were both appearing together in pantomime in Liverpool two years ago.

At the time, she said: “Nobody should ever give up on love.”

Shirley added: “I think I had. And then I met Danny. But to everyone out there, and anyone still looking, you never know what’s round the corner.”

Head to our Facebook page @EntertainmentDailyFix and tell us if you’d like to see Shirley walk down the aisle.