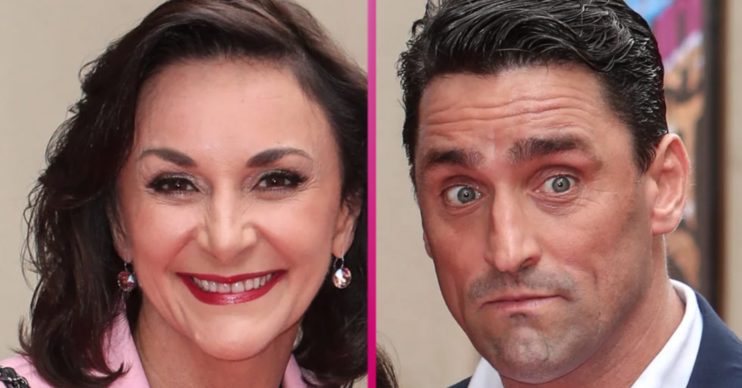 The head judge has been married twice before

Shirley Ballas and Daniel Taylor could tie the knot in 2021, the Strictly judge has teased.

The dance show’s head judge, 60, and Daniel, 47, have been dating for two years.

And now she seems ready to settle down again.

Furthermore, she’s said that she wants pro dancers Johannes Radebe, Gorka Marquez and Giovanni Pernice to be ‘bridesmaids’ at the ceremony!

What did Shirley Ballas say about marriage to Daniel Taylor?

Describing Daniel as “loving, caring and creative”, Shirley told the Daily Mail that the pair could be set for nuptials next year.

“Maybe next year is on the cards, possibly,” she said about marriage.

“I’ll leave the decision up to Danny. I’ve been married twice, he hasn’t at all, so whatever he feels comfortable with.

“At one point he mentioned maybe we could get married on the Liverpool football pitch at Anfield, but that doesn’t quite ring my bell.”

A ‘gaggle of gays’ to appear at the wedding?

Shirley has been married twice and engaged three times before, so this wouldn’t be a new experience for her.

However, speaking about what she’d like to see during a possible ceremony, she said she wants a “gaggle of gays” to make an appearance.

She also wants the trio of Strictly pro dancers to appear, saying that “could be fun”.

What happened in last week’s show?

In last week’s Strictly, Johannes, Giovanni and Gorka appeared in drag to dance a showstopping number.

The trio appeared alongside other dancers in a Priscilla: Queen of the Desert routine.

Although it went down a storm with most viewers, some complained.

One viewer defended the routine, writing on Twitter: “Absolutely loved it. I presume all those complaining about it ‘being a family show’ have never considered taking their children to the pantomime?”