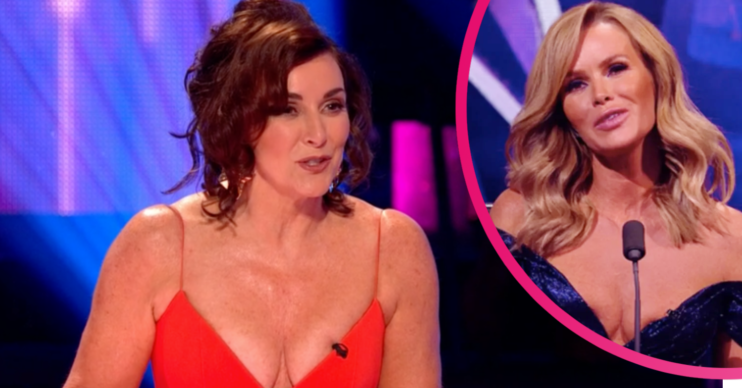 The Strictly judge previously had her breast implants removed

Strictly Come Dancing judge Shirley Ballas has revealed she “secretly loved” the attention she received after wearing a cleavage-showing dress on the BBC show.

The 60-year-old dancer made headlines with the low-cut number in October, a year after undergoing surgery on her breasts.

In fact, the comments even made Shirley’s day as she was compared to Britain’s Got Talent star Amanda Holden, 49.

Speaking to the Mail Online, Shirley admitted: “I wore one dress where people were picking up on my cleavage – and I was like ‘no, no, no’ it shouldn’t be about that but, secretly, I loved it.

“You know, I have assets – and now I’ve got natural assets.”

The Strictly star went on: “Oh honey, if they let me do my own calendar in my swimsuit I’d be out there for all the 60 year olds.

Shirley was flattered to be likened to Amanda, who regularly sparks Ofcom complaints with her daring dresses on BGT.

She added: “I think Amanda is great, she does a wonderful job, is very pretty and endearing. Lovely dressed and always in style.”

It shouldn’t be about that but, secretly, I loved it

However, Shirley is all for “leaving something to the imagination” out of respect for viewers.

The TV judge has always been open about her body after undergoing surgery last year.

Why did Shirley get her breast implants removed?

She had the implant procedure back in 2002, but has since lost several relatives to cancer.

Shirley’s mother was also fighting the disease at the time.

The star told The Sun: “I’m scheduled for the operation on Tuesday, October 29. My doctor says I have recuperation of a week, but I want to do Strictly on the Saturday night.”

Shirley appeared on Lorraine shortly after her “emotional” recovery process.

She said: “I’m good. It has been an emotional week for sure, your whole emotions are up and down during surgery.

“I made a commitment though to the show (Strictly) and I wanted to see it through.

“I chose to take minimal painkillers because I wanted to be ‘there’ for the show.”