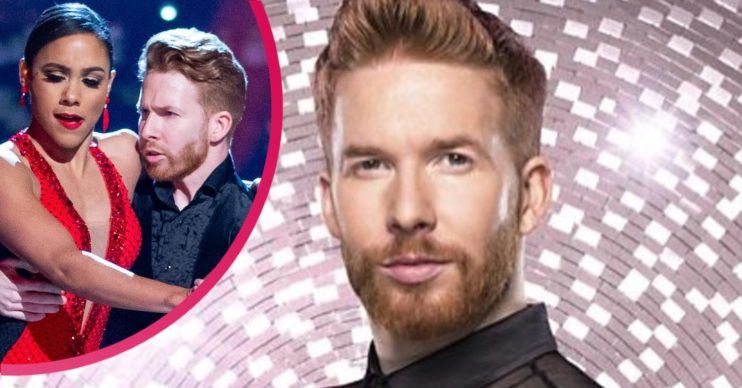 The ballroom star, who was dropped from the professional line-up this year, says he would fully “embrace” dancing alongside a male contestant.

Neil’s ex-wife Katya made history this series after being partnered with former Olympic boxer Nicola Adams.

Speaking to The Sun, he said: “I wouldn’t have a problem with it. I’d embrace it. It would be great.

“We’ve seen so many great male dancers dance together in the past, so why not?

“We had Nicola on with Katya this year. If it was with another man I’d do the same.”

The ballroom star also blamed the show’s shorter run for missing out on a celebrity partner this year.

The 38-year-old added: “This year has been difficult because there were less celebrities.

I wouldn’t have a problem with it. I’d embrace it

“Hopefully next year is back to normal again and I can get a partner. Fingers crossed.”

The BBC previously revealed the series would be “slightly” shorter than usual due to the coronavirus pandemic.

Neil ‘devastated’ after being dropped

Flame-haired Neil was reportedly “devastated” at being demoted to backing dancer for this year’s series.

In September, executive producer Sarah James revealed: “We have four professional dancers who won’t be partnering celebrities this year.

Despite making Strictly history with her all-female partnership, ex-wife Katya didn’t have much luck either.

The Russian star and partner Nicola were forced to drop out of the BBC One show after she tested positive for coronavirus last month.

However, Katya has promised to make an impression when the pair return to the series for the finale.

Speaking on It Takes Two, she said: “It’s definitely going to be something we haven’t done before. We just really want to leave with a bang. And leave people with that memory of us dancing together, doing what we want to do.”