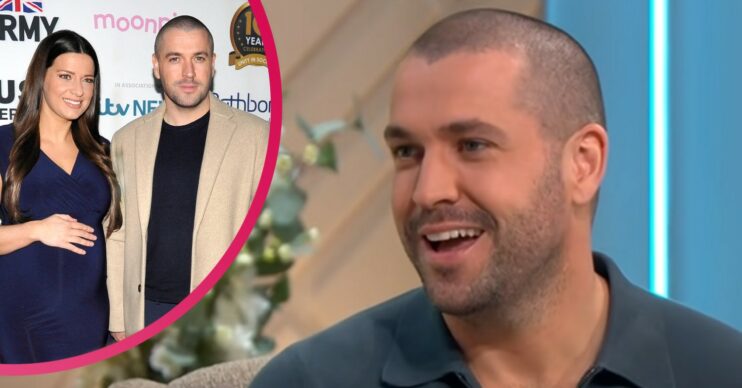 Shayne Ward announces birth of second baby: ‘We had a HUGE surprise!’

Shayne Ward has announced the birth of his second baby with his fiancée Sophie Austin.

The former Coronation Street star shared the news to Instagram on Thursday as he revealed they had a “huge surprise”.

Shayne revealed to fans that they’ve welcomed a little boy even though they were expecting a girl!

The actor posted two photos showing his hand with Sophie and their daughter Willow’s hands on top of his.

On top of all their hands was the little boy’s.

Shayne said: “And then there were four!

“We are so overjoyed and blessed that sir baby Ward has arrived.”

Fans have congratulated the family as one said: “Oh my goodness congrats.”

Another wrote: “Congratulations to you both.”

A third added: “Congratulations, what a lovely surprise.”

Shayne and Sophie announced they were expecting a second child in January.

Speaking to HELLO! magazine at the time, Shayne said they initially turned to IVF after struggling to conceive with their second child.

Shayne told the publication: “We never gave up. It’s been a whirlwind. And 16 years after I appeared on The X Factor, I have a beautiful family and one on the way.

“I am on cloud nine. It’s amazing that we’re going to have another girl to add to the Ward clan.”

Speaking about their IVF journey, Sophie added: “It was one of the most emotionally draining things we have ever been through. And for Shayne, it was quite a hard process because he wasn’t physically going through it but it was just as tough for him.”