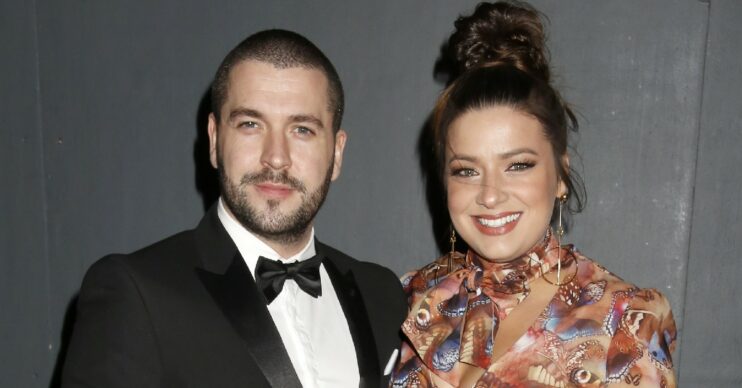 Shayne Ward and his fiancée Sophie Austin are set to welcome a second baby.

The couple, who are already proud parents to five-year-old daughter Willow, announced the exciting news with fans this week.

Shayne and Sophie, both 37, will welcome a baby sister for Willow in May this year.

The pair initially turned to IVF after struggling to conceive with their second child.

However, Sophie went on to fall pregnant naturally.

Speaking to HELLO! magazine, Coronation Street star Shayne said: “We never gave up. It’s been a whirlwind. And 16 years after I appeared on The X Factor, I have a beautiful family and one on the way.

I am on cloud nine

“I am on cloud nine. It’s amazing that we’re going to have another girl to add to the Ward clan.”

In addition, Sophie went on to detail her gruelling IVF journey.

She told the publication: “It was one of the most emotionally draining things we have ever been through. And for Shayne, it was quite a hard process because he wasn’t physically going through it but it was just as tough for him.”

Sophie, who previously played Lindsey Butterfield in Hollyoaks, went on to credit her family for helping her during the low moments.

The actress explained that she felt “depressed” at the time, however Shayne and Willow kept her going.

The couple have since shared their baby news with followers on Instagram.

Read more: What happened to Aidan Connor and when did he die in Coronation Street?

Commenting on the announcement, Samia Longchambon said: “Yay!! Sooo happy for you all.”

In addition, Steph Waring posted: “Congratulations to all of you.”

The couple previously welcomed daughter Willow in December of 2016.

Shayne then went on to pop the question to Sophie in 2017.

However, the pair have since called off their wedding day due to the pandemic.

Appearing on Lorraine last year, Shayne explained: “Everything can wait, there is no rush and we can definitely do this next year, but we’re together for life and that is the main thing, we’re together regardless.”