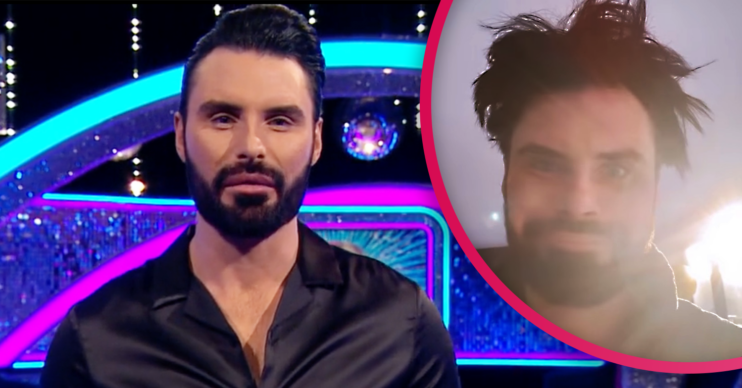 Rylan Clark has shared an update on his new teeth, with the It Takes Two host looking like he’s in a bit of pain.

The one-time singer recently revealed that he was refreshing his much-talked-about smile.

However, the same can’t be said for this morning after the presenter took to Instagram to share an update with fans.

What did Rylan Clark say about his new teeth?

Earlier this week, Rylan revealed that a new smile was “imminent”.

He posted: “After eight years. It hurts, so much, but sometimes you just have to let go.

“I’ve taken the decision to say goodbye… to my teeth.

This Morning (November 17), Rylan took to his Instagram Stories to issue an update.

And it’s fair to say that the host didn’t look his normal chirpy self.

My biggest mistake was my teeth but, to be fair, they’ve earned me a lot of money.

Sharing a video of himself with just-got-out-of-bed hair, Rylan was seen touching his visibly swollen face.

He captioned the video: “Swollen.”

What is Rylan having done to his teeth?

Rylan’s dentist, Dr Richard Marques has revealed the star is getting a new “Hollywood smile”.

Dr Marques is known as the “King of Smiles” and is one of the UK’s leading celebrity dentists.

Read more: Rylan Clark reassures fans about his wellbeing amid reports he was ‘offered a year off work’

‘My teeth are my biggest mistake’

In 2017, he joked that the reason he was having a break from ITV’s This Morning was that “he’d had too many complaints from viewers that his teeth were giving off too much glare every morning”.

We can’t wait for the grand reveal!