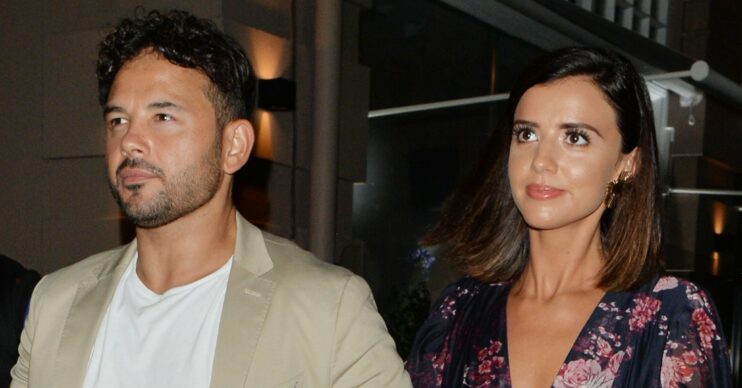 Fiancée Lucy Mecklenburgh gave birth to their daughter this week

Ryan Thomas has shared a stunning photo with his fiancée Lucy Mecklenburgh and their growing brood.

The picture, featuring his two children with Lucy, plus Scarlett, his daughter with Coronation Street ex Tina O’Brien, has left fans all saying the same thing.

As Ryan stated he couldn’t believe how lucky he was, fans agreed that he has a “beautiful family”.

Posting the image of him and his family, Ryan captioned the shot: “Lucky is an understatement.”

Keith Duffy added: “Lucky is only a small part! You deserve it brother.”

Will Mellor wrote: “Congratulations pal! Really happy for you all.”

Fans were also keen to send their love with them all telling him what a beautiful family he has.

“Congratulations what a beautiful family you are,” wrote one.

“Such a beautiful family!” added a second.

“Beautiful family, and why does Roman suddenly look so grown up?” queried a fourth.

Someone else said: “Omg the most perfect picture, such a beautiful family.”

When did Lucy give birth?

She simply captioned the post with a pink heart emoji. She has since revealed they are still deciding on a name for the newest addition to their family.

Lucy and Ryan are already parents to their two-year-old son Roman.