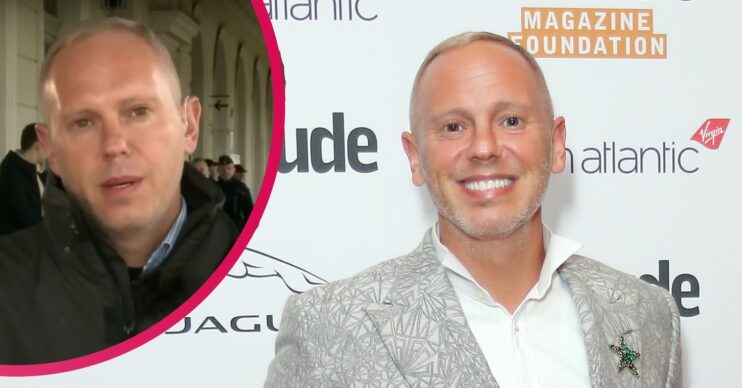 Judge Robert Rinder has shared an update after revealing plans to rescue over 50 Ukrainian orphans and fly them to safety in an incredible humanitarian mission.

Robert has already been out on the Ukrainian borders meeting refugees.

Earlier today, he revealed his plans to help 52 orphans fly to safety in the UK.

On the way to Warsaw to collect 52 orphans and their carers from @DniproKids with @SaveaChildUK My role? Connecting these amazing charities to @MDAUK_ and @VirginAtlantic who have provided the plane.

Privilege is what you can do & who can reach in power to help others. pic.twitter.com/fxwHnmTwBv

The TV star announced his plans in a tweet earlier today (Monday, March 21) for his 200.7k followers to see.

Read more: Rob Rinder hits back at troll who criticises his appearance during emotional Lorraine interview

“On the way to Warsaw to collect 52 orphans and their carers from @DniproKids with @SaveaChildUK,” he tweeted.

“My role? Connecting these amazing charities to @MDAUK_ and @VirginAtlantic who have provided the plane,” he continued.

“Privilege is what you can do & who can reach in power to help others,” he added.

The barrister posted a picture of children’s suitcases alongside his tweet too.

However, later in the day, Robert issued an update.

He said on Twitter: “The final paperwork required from the Polish Ministry of Families did not arrive in time for the flight to leave today.

“Kids & carers are safe in a hotel until they can be reached.

“Everyone involved in this mission is working hard to bring them to the UK in the coming days.”

The 43-year-old has been back and forth from Eastern Europe over the last couple of weeks, helping and reporting on the Ukrainian refugee crisis.

During his last trip to Eastern Europe, Robert managed to track down the family of his former Strictly partner Oksana Platero.

Oksana is Ukrainian, and members of her family have been forced to flee their homeland due to the war.

Robert appeared on Lorraine last week to talk about what he’d seen at the Ukrainian borders.

He revealed that he had seen the “best of humanity” out there.

Rob declared that journalists who had been at the borders would come away with this overwhelming sense that confronted by horror, humankind will step up now – and especially the British – to do their very best to help.

He also said that one thing the crisis had highlighted is to “hold your family close” and “how great we can be at our very best”.