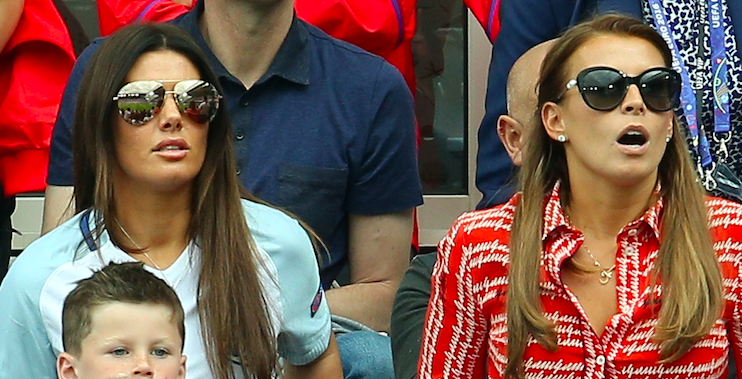 Coleen Rooney, 33, sent shockwaves across social media earlier this week when she alleged that false stories were being leaked about her by someone that had access to Rebekah Vardy’s Instagram account.

And now Rebekah Vardy, 37, is reportedly threatening Coleen Rooney with legal action unless she retracts her claims.

According to The Sun, Coleen will only communicate with pregnant Rebekah through her legal team.

However, a source informed the tabloid about Rebekah’s position: “She is prepared to see Coleen in court if necessary.”

Read more: The full story behind Rebekah and Coleen’s epic fall out

But another source told the paper that Coleen feels confident enough in her claims.

The source said: “She spent months compiling this and knows she isn’t wrong about the account which saw the stories.

“She’s said she is more than happy to co-operate but has clashed so badly with Becky that she’s decided she will only release the rest of what she has when Becky’s lawyers make the request.”

ED! has approached representative for Coleen and Rebekah for comment.

Rebekah has denied she leaked stories about Coleen and has claimed she has a team of legal and forensic experts on the case to determine who had access to her Instagram account.

Her statement includes: “Over the years various people have had access to my insta & just this week I found I was following people I didn’t know and have never followed myself.

“I’m not being funny but I don’t need the money, what would I gain from selling stories from you?”

Rebekah spoke with the DailyMail, in which she said arguing with Coleen would be like ‘arguing with a pigeon’.

“That would be like arguing with a pigeon. You can tell it that you are right and it is wrong, but it’s still going to [bleep] in your hair,” she is reported to have told the paper.