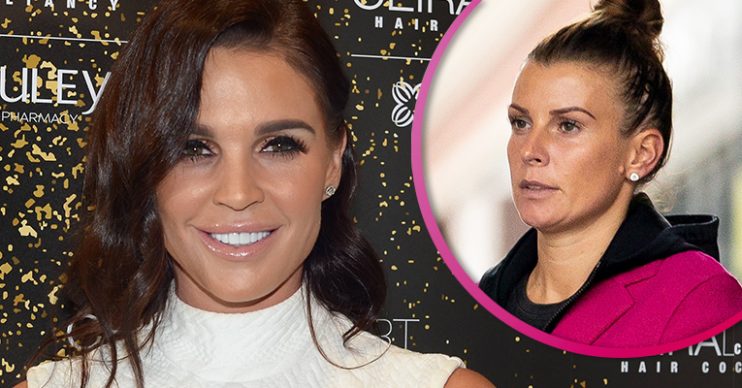 Coleen issued a statement on Wednesday

Danielle Lloyd has weighed in on the Coleen Rooney and Rebekah Vardy drama.

On Wednesday, WAG Coleen launched a scathing attack on her former friend Rebekah, accusing her of feeding private details about her family and friends to the press.

Coleen said in a statement posted to her Instagram: “For a few years now, someone who I trusted to follow me on my personal Instagram account has been consistently informing [a] newspaper of my private posts and stories.

“There has been so much information given to them about me, my friends and my family – all without my permission or knowledge. After a long time of trying to figure out who it could be, for various reasons, I had a suspicion.”

Coleen explained that she blocked all of her followers from viewing the Stories and posts which feature on her private Instagram account, except for the one account she suspected.

“It’s been tough keeping it to myself and not making any comment at all, especially when the stories have been leaked, however I had to. Now I know for certain which account/individual it’s come from.

“I have saved and screenshotted all the original stories which clearly show just one person has viewed them.

1 in 25 children is affected by a genetic disorder in the UK. Please support @jeans_for_genes & donate today! Text JEANS5 to 70007 to donate £5 & help thousands of children living with life-altering genetic disorders in the UK 👖💙🧬#JeansForGenes

In the comments section, Coleen’s pal Danielle posted a string of rat emojis.

She added: “On a serious note though who does that it’s terrible.”

Former I’m A Celebrity star Rebekah has hit back on her Instagram, denying she leaked the stories about Coleen.

The star, who is pregnant with her fifth child, wrote: “As I have just said to you on the phone, I wish you had called me if you thought this.

Thanks for the hair & make up for filming today @thebeautybom 💖

“I never speak to anyone about you as various journalists who have asked me over the years can vouch for.

“If you thought this was happening you could have told me and I could have changed my passwords to see if it stopped.

She added: “I’m not being funny but I don’t need the money what would I gain from selling stories on you?

“I liked you a lot Coleen and I’m so upset that you have chosen to do this, especially when I’m heavily pregnant.