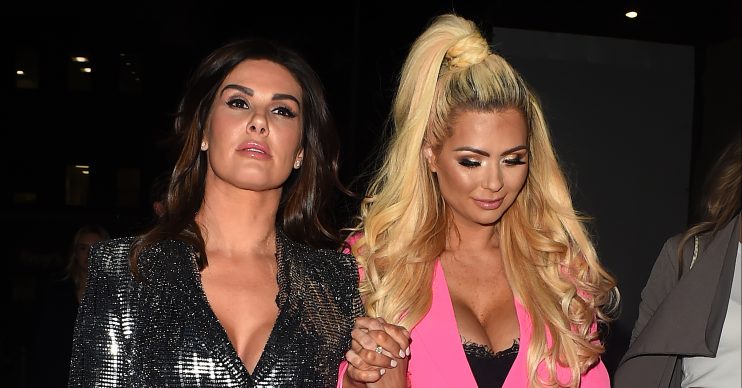 After liking her Instagram post defending herself against Coleen Rooney’s comments, Rebekah Vardy’s WAG pal Nicola McLean has spoken out about the row.

Opening up on The Jeremy Vine Show, Nicola said: “I don’t know Coleen but I do know Rebekah and what she’s going through is what nobody should have to go through so publicly.”

Nicola also commented on the troll who sent her pregnant pal a message wishing that her unborn baby died.

She also revealed that Becky – who is married to Leicester City player Jamie Vardy – has had to take her daughter out of school since the claims were made on social media.

Read more: Cookie butter Twix is coming to the UK in time for Christmas

She said: “She’s got people saying they hope her baby dies inside her, she’s seven months pregnant, she’s had to take her daughter out of school.”

Nicola added: “I’ve never actually seen, in the whole time I’ve been in this industry, social media and media backlash for someone.”

Read more: Cheryl looks sensational as she steps out at the Attitude Awards

The model, who is married to footballer Tom Williams, also spoke about the Vardys’ next steps and confirmed that Becky is taking legal action to clear her name.

Nicola said: “What she’s shocked about, and what I quite agree with, is how publicly Coleen has done it.”

She added: “Coleen has been very clever to say it’s ‘Rebekah Vardy’s account’, so that’s not saying it’s Rebekah, it’s someone else with access. If she thought that shouldn’t she have called Rebekah?”

As Ent Daily previously reported, after the story broke, Coleen was seen out and about, smiling as she looked at her phone.

What do you think of Nicola’s comments? Let us know on our Facebook page @EntertainmentDailyFix.