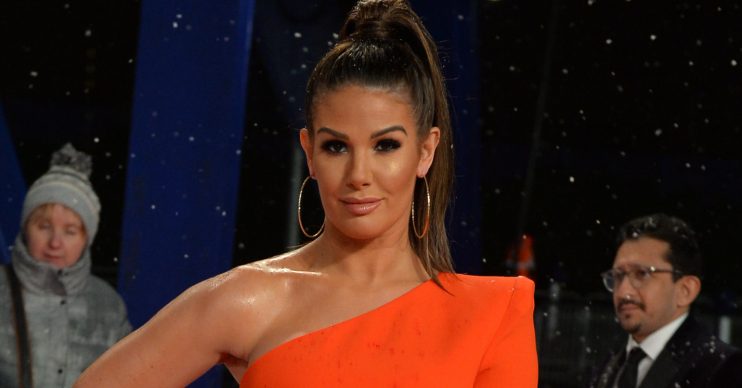 The war of the WAGS rages on…

After Coleen Rooney claimed that Rebekah Vardy, or someone using her Instagram account, had sold stories about her to the press, Becky has opened up about the trolling she’s been subjected to since the story broke.

Opening up on her Instagram Stories, Becky – who is pregnant with her fifth child – reposted a message that a troll had sent her.

While the language is too strong to repeat, the troll did wish harm on her unborn baby.

Part of the message said: “I hope that baby dies within you.”

The wife of Leicester City player Jamie Vardy is apparently cutting short her family holiday to Dubai to prove that the allegations levelled at her are not true.

She is also said to have hired a team of forensic IT experts to prove her innocence.

A source told the Daily Mail: “Rebekah has been incredibly stressed and hasn’t stopped sobbing all day, which is very out of character for her.”

They added: “The whole situation has left her distraught and she still doesn’t understand why Coleen didn’t reach out to her first to ask her outright about the issue.”

Confirming that she was “flying home early from Dubai”, the source added: “She feels her time abroad has been spoilt and all she wants is to be surrounded by family.”

Blackpool for the last day of the school holidays ❤️🎢🗼

Gossip fans are loving the spat though, with some taking to social media to demand a Footballers’ Wives comeback, inspired by the row.