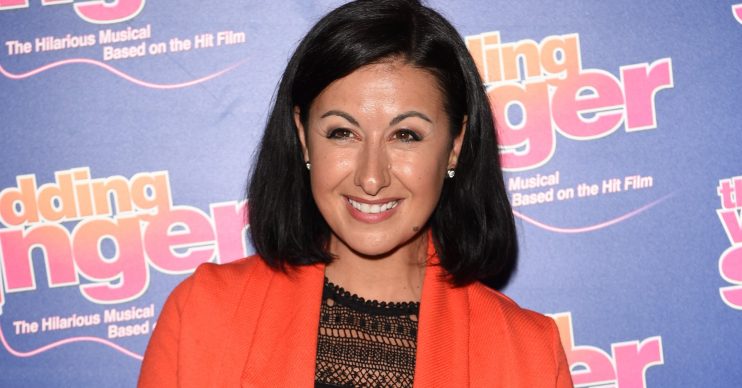 Actress Hayley Tamaddon has defended herself against a cruel troll who told the star to “put it away” after she shared a picture of her growing baby bump.

She added: “I’m smothered in @mammamio every little kick and punch is getting stronger. Feels incredibly and weirdly wonderful!”

Read more: Mel B and sister Danielle ‘closer than ever’ after ten-year feud

However, not all of the former Emmerdale and Coronation Street star’s followers were happy for the star, who has been open about her fertility struggles.

Replying to Hayley, one follower said: “Ok, you’re pregnant. Now, put it away.”

Not content to brush the comment off, Hayley decided to stick up for herself and told the troll: “No thanks… I’m quite happy keeping it out thanks.”

Hayley went on to explain: “Feel the best I’ve ever felt and quite proud to show it off – the baby bump I never thought I’d ever have.”

The star’s followers were quick to jump to her defence, with one tweeting: “People who say such rude things like that will only do so in front of their computer screens.”

However, the troll wasn’t about to let it go. She replied: “No, if I saw a pregnant woman in person like that I would tell her to put it away.”

Others sent Hayley messages of congratulations and told the star she looked “beautiful”.

“Thanks you wonderful bunch!” Hayley tweeted. “Besides [follower’s name] of course… and 2 other trolls I’ve blocked!”

The actress also thanked her fans for their “lovely positive” messages.

She added: “No one has the right to tell us women what to do with our bodies. And if I wanna show off my bump… I’m gonna.”

Hayley announced that she was expecting her first baby with boyfriend Adrian back in April. Just a month later, she announced that her “wonderful boyfriend” had proposed.

What do you think of Hayley’s bump-baring pictures? Head over to our Facebook page @EntertainmentDailyFix and let us know!