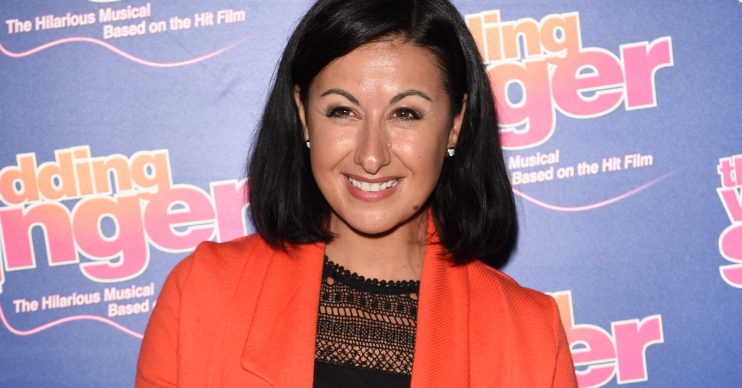 The former Emmerdale and Coronation Street actress, 42, announced in April that she was expecting her first baby with boyfriend Adrian.

Now she has revealed on social media that she’s not just a mum-to-be, but a bride-to-be.

This year is turning out to be quite wonderful. 💖 pic.twitter.com/Ls0hVu5kCB

Hayley – who was also crowned Dancing On Ice champ in 2010 – revealed on Twitter that Adrian proposed to her.

And that she said yes.

In her tweet, pregnant Hayley is seen beaming at the camera, with her gleaming rock centre stage.

In the tweet, Hayley said: “HE PROPOSED! I said yes!!! This year is turning out to be quite wonderful.”

Julia replied: “Congratulations to both of you!! Absolutely fantastic news, can’t wait till you’re home so we can celebrate”

Shane replied with an ‘aw shucks’  GIF with a single heart emoji, while James said, “congratulations babe” followed by a confetti ball emoji.

The pool all to myself!😜 pic.twitter.com/f3RELA5geC

At the end of April, Hayley announced that she was expecting her first child at the age of 42.

Several days ago, she posted an image onto Twitter, adorably cradling her baby bump while on holiday.

She said in that tweet, “The pool all to myself!” followed by an emoji face with a stuck out tongue.

Clearly, Hayley’s having a fab time!