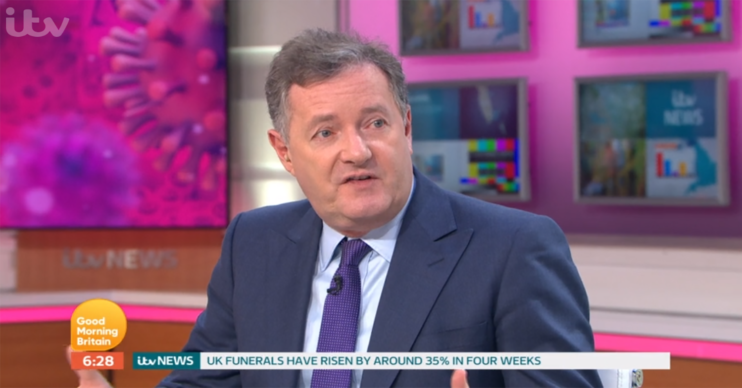 People complained about his interviews with MP Helen Whately

TV’s Piers Morgan has thanked his fans as he was cleared by Ofcom after complaints.

The presenter sparked thousands of complaints to the watchdog over his interviews with MP Helen Whately on Good Morning Britain.

Over 2,000 complained about an interview this month in which Piers grilled her on the number of care home residents who have died from coronavirus.

During that interview, Piers also accused her of laughing during the serious matter – something she denied.

Meanwhile, Ms Whately appeared on the daytime show for the second time on April 22.

He accused her of “waffling” and raged over the decrease of the number of coronavirus tests being handed out.

Overall, over 3,200 of complaints made about Piers to Ofcom were related to his interviews with the Care Minister.

Meanwhile, a further 600 were about an interview with Health Secretary Matt Hancock.

However, after an investigation, Ofcom has confirmed it will not be taking the complaints further.

A statement read: “His guests were given adequate opportunity to put their points across and counter the presenter’s criticisms.

“In Ofcom’s view, it is clearly in the public interest that broadcasters are able to hold those making political decisions to account.

“Particularly during a major national crisis, such as the coronavirus pandemic.”

He wrote: “I’ve been emphatically cleared by @Ofcom of treating Govt ministers ‘unfairly’ during this crisis.

“Verdict: ‘Viewers would expect him to challenge senior politicians and hold them to account”.

BREAKING NEWS: I've been emphatically cleared by @Ofcom of treating Govt ministers 'unfairly' during this crisis.
Verdict: 'Viewers would expect him to challenge senior politicians and hold them to account".
Thank you to everyone that supported me. https://t.co/jRBC0WAvxU pic.twitter.com/7X49BNQoiS

“Thank you to everyone that supported me.”

He said on Twitter this week: “It’s not ‘bullying’ or ‘hounding’ or ‘unfair’ to push a Care minister hard on how many care home residents & workers have died from COVID-19.