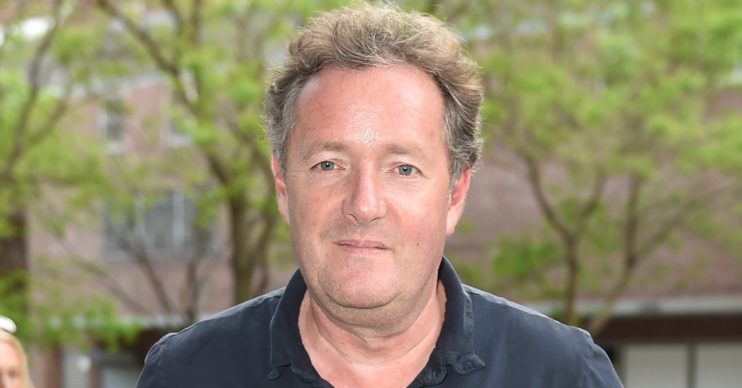 He's blasted activists for being "morons"

Piers Morgan has hit out at protestors after Extinction Rebellion activists delayed the distribution of several national newspapers.

Individual activists also chained themselves to structures as part of their demonstration.

The printing presses affected are in Broxbourne in Hertfordshire, Knowsley in Merseyside, and near Motherwell, North Lanarkshire.

Newsagents have said that titles arrived late to their shops because of the action.

And The Sun claimed in a tweet that the demonstration is an “attack on all the free press”.

He reacted on Twitter this morning (Saturday, September 5) by branding them “morons”.

“The irony of this is fabulous,” he commented on how the blockade had ‘prevented’ buyers from reading a piece by Sir David Attenborough on the climate crisis.

Offered some pointers on the issue, Piers went on to reply to somebody else that he is not a climate change denier.

“Oh, I believe in climate change and the science,” he wrote.

“I just think XR’s tactics do more harm than good in convincing others to.”

“THAT is the story.”

The three presses print newspapers owned by Rupert Murdoch such as the Sun, the Times, the Sun on Sunday, the Sunday Times and the Scottish Sun.

They also print the Daily Telegraph and Sunday Telegraph, the Daily Mail and Mail on Sunday, and the London Evening Standard.

Extinction Rebellion claims the newspapers have failed to report on the climate crisis effectively.

There were seventy-two arrests at the protests.

Merseyside Police indicated this morning that police officers were still in attendance at the Knowsley press.

Police Scotland said in a statement that matters are now “peaceful and there were no issues” in Motherwell.

More than 300 people were arrested earlier this week during protests in London.