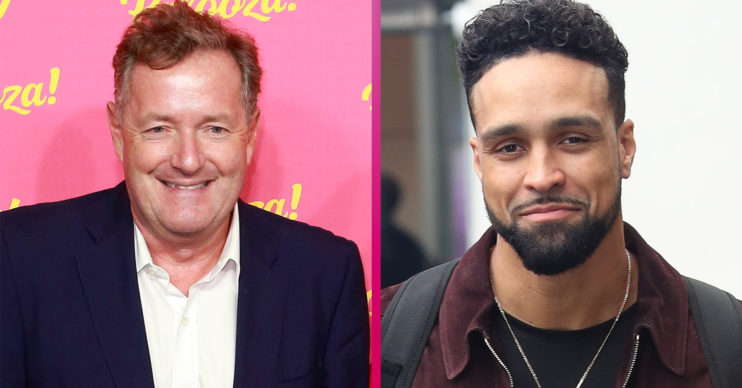 The group received criticism over a performance last weekend

Piers Morgan has thrown support behind Ashley Banjo and Diversity amid their BGT controversy.

More than 10,000 people complained about the dance group’s Black Lives Matter routine, which featured on the programme last weekend.

The inspiring routine showed Ashley being knelt on which referred to the death of George Floyd in America.

Despite many praising Diversity’s performance, others didn’t think it should have been shown on the family show.

The group have received much support from celebrity pals.

I thought it was great.
Ignore the haters, Ashley.
Proud of you. 👍 https://t.co/IEkjjFdn0U

He wrote on Twitter: “I thought it was great. Ignore the haters, Ashley. Proud of you.”

Piers was replying to Ashley’s message, in which he hit back at “hate” messages.

Ignore the haters, Ashley. Proud of you.

The dancer wrote: “So much to say… But I’ll Just let the performance talk. Thousands of messages of Love and support – Thank you.

“For the thousands of messages of hate and ignorance – Thank you.

At the time of writing, BGT has been hit by 10,267 complaints over the routine.

The performance has become the second most complained about TV moment in a decade.

During the routine, a rap sung: “The world watched on, another black life gone, leaving what we thought we knew in tatters.

“What we thought we knew, some clearly didn’t, Black Lives Matter.”

The group then stood together and performed a dance, including many of their signature flips and moves.

During the routine, the dancers dropped to one knee as vocals sang: “I can’t breathe.”