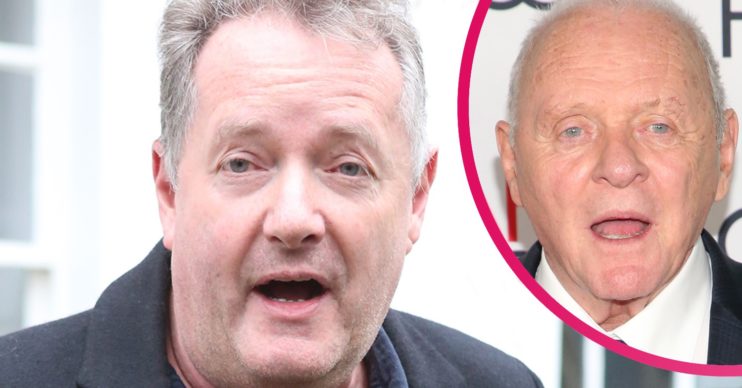 Do we blame him?!

Anthony Hopkins is the latest subject of a Piers Morgan column.

However, he says that Sir Anthony changed his number shortly after he gave it to Piers.

Read more: Camilla’s son still unsure if she will be ‘Queen’

Piers interviewed the Welsh actor in 2011 while he was still a host for CNN.

Taking to his Daily Mail column, Piers says they appeared to get on well.

But he was left stunned when he tried to phone the iconic actor – only for the number to no longer be in use.

Piers writes: “After we finished, he scribbled down his phone number and handed it to me, saying: ‘Come over any time.’

“But when I tried calling it a few months later, he’d already changed it again.”

However, it may not have been personal, as within the CNN interview Anthony said he often changes it.

So much so that he thinks his friend Randy Jackson (of American Idol fame) got “sick” of him over it.

Sir Anthony explained: “I think he got sick of trying to contact me because I kept changing my phone number. I’m very paranoid. People say, ‘Are you on the run from someone?'”

The 83-year-old won Best Actor for The Father, making him the eldest actor to ever win an Academy Award.

But he likely wasn’t expecting the win, as he was asleep as the awards took place.

Jeremy Barber, the actor’s agent, confirmed following the ceremony: “Tony was in Wales, where he grew up, and he was asleep at 4 in the morning when I woke him up to tell him the news.”

Adding: “He was so happy and so grateful.”

The following day Anthony released an acceptance speech, with the stunning Welsh countryside serving as his backdrop.

In it he paid tribute to the late Chadwick Boseman – who was widely predicted to take home the award for his role in Ma Rainey’s Black Bottom.

His speech included: “At 83 years of age I did not expect to get this award—I really didn’t.

“I am very grateful to the Academy and thank you

“I want to pay tribute to Chadwick Boseman who was taken from us far too early.

“Thank you all very much. I really did not expect this.”