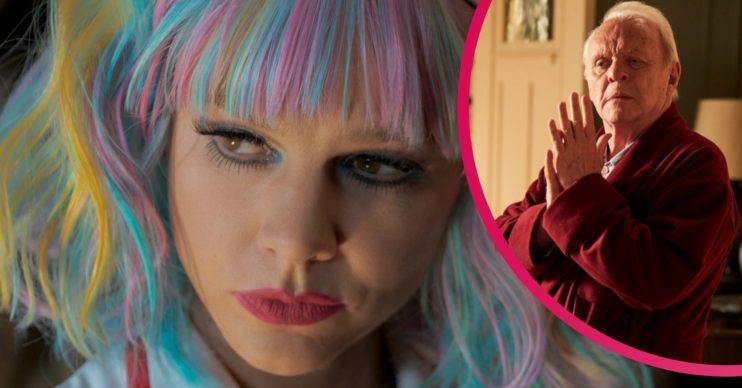 Oscar winners: which films are worth watching – and how to see them

That’s a wrap on the Academy Award ceremony for another year, but who are the Oscar winners 2021?

Which films are worth seeing and how can you see them?

In fact, the UK has every reason to be proud right now…

Here’s our pick of the top five films worth watching!

Nomadland beat the likes of The Father, Judas and the Black Messiah, Mank and Promising Young Woman to Best Picture.

And no one was surprised.

Nomadland’s Chloé Zhao made history as the first woman of colour and second woman ever to win best director.

Kudos to that alone.

Meanwhile, Frances McDormand won best actress for her lead role in the film.

Frankly, anything starring Frances is worth watching as far as we’re concerned.

She stars as Fern, a van-dwelling woman who leaves her hometown after her husband dies to be “houseless” and travel around the US.

It’s life-affirming and at its heart shows that home isn’t the same for everyone.

Nomadland will be available from 30 April for those who subscribe to Disney+.

Written by Call the Midwife and The Crown star Emerald Fennell, it stars Carey Mulligan as a woman seeking vengeance.

The actress’ performance has been praised by many, however one review of the film sparked controversy after the critic questioned whether Carey was believable in her role.

Variety’s Dennis Harvey suggested she was an “odd choice”, adding the film’s producer Margot Robbie might have been a better fit.

Carey publicly objected to the review, which she said was essentially questioning whether she was “hot enough to pull off this kind of ruse”.

We think British actress Carey puts in a stellar performance as Cassandra in the film, who seeks revenge after a traumatic event in her past.

The film is currently available to watch for Sky Cinema / Now TV subscribers.

Welsh actor Anthony Hopkins won Best Actor for The Father and became the oldest person to receive an Oscar at age 83.

Not everyone was happy, though, with some Chadwick Boseman fans hoping he’d win the award for his role in Ma Rainey’s Black Bottom.

Sir Anthony won best actor for his masterful performance as a man suffering with dementia – 29 years after he won his first Oscar for The Silence of the Lambs.

The film is also worth watching for covering an emotive subject most of us have some experience of and, of course, it stars the fabulous Olivia Colman!

The Father has not yet been released, but will soon be available to watch in some cinemas.

With hopes that the roadmap out of lockdown will continue, The Father will be in cinemas from June 11.

Judas and the Black Messiah

The Londoner then thanked his parents for having sex!

The film is worth watching for Daniel’s performance alone, which cements him as one of the UK’s best actors.

Judas and the Black Messiah is a biographical drama film about the betrayal of Fred Hampton, chairman of the Illinois chapter of the Black Panther Party.

The film is currently available to watch on the Sky Store for a price of £15.99.

The story explores the historic exploitation of black recording artists by white producers.

This was Chadwick Boseman’s last movie before his death in August, a desperately sad fact made even more poignant by the sheer effervescence of his performance.

Other winners included Sound of Metal for Best Film Editing, Soul for Best Animated Feature, My Octupus Teacher for Best Documentary Feature and Another Round for Best International Feature.